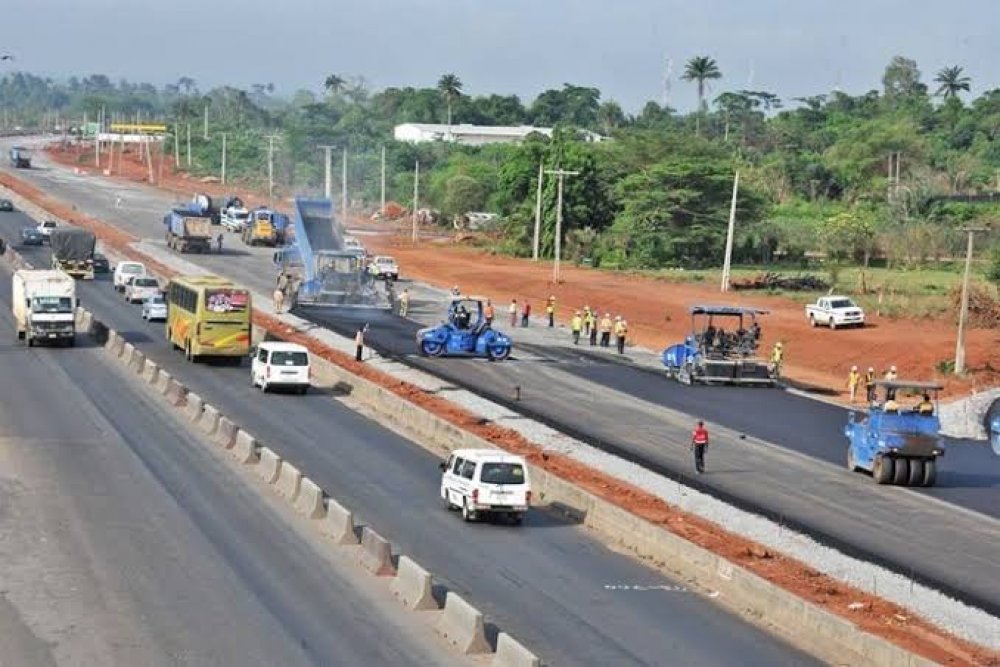 The Citizens Quest for Truth Initiative, an accountability advocacy group, basking on the outcome of their previous advocacy, which contributed to the resumption of work on East West road, took a time out to visit the site for a firsthand experience.

At the Nkoplu/Rumuigbo- Ahoada axis of the East-West road, about 43km stretch, which is the Section 2, sub section 1 of the project, the Citizen's Quest interacted with the representatives of Setraco, the construction giants, handling the 103km stretch of that section of the road.

The National Publicity Secretary of Citizen Quest, Mr. Francis Udoka Ndimkoha in a statement sent to AllNews on Tuesday stated that he learnt from the project site Engineer, one Mr. Khaled that the point at which they are now is the underground drainage system construction which began from the bad spot at the Nkpolu/Rumuigbo intersection and terminates at the Rumuagholu/Awalama point, where the drains empty into an existing canal.

Khaled stated that Setraco decided to create a new route for the drains, through the community that will enable a free flow of water, rather than channeling the drainage through the Rumuokoro axis.

He further said that the new route created had a huge unbudgeted financial implication, for the settlement of the community, which though was not previously captured in the contract, but which the company was ready to do to get the job done. 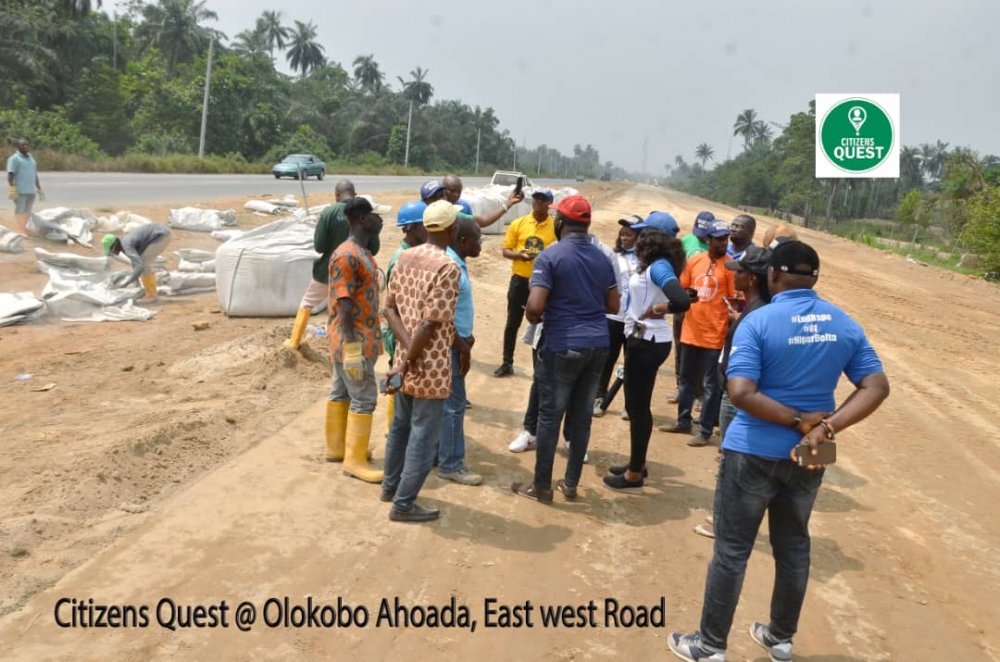 Citizens Quest also confirmed that the project is going on and its timeline is strictly followed.

The Citizens Quest also spoke with Mr. Bobby Ezekiel, a former youth leader of one of the Nkpolu communities who said he was elated on the return of setraco construction company to the site and he was hopeful they'll effectively put an end to the flooding issue in the community after 4years of suffering, while aggressively pursuing the completion of the road project.

He assured of the support of the Nkoplu people to the company, to ease their community relations effort. 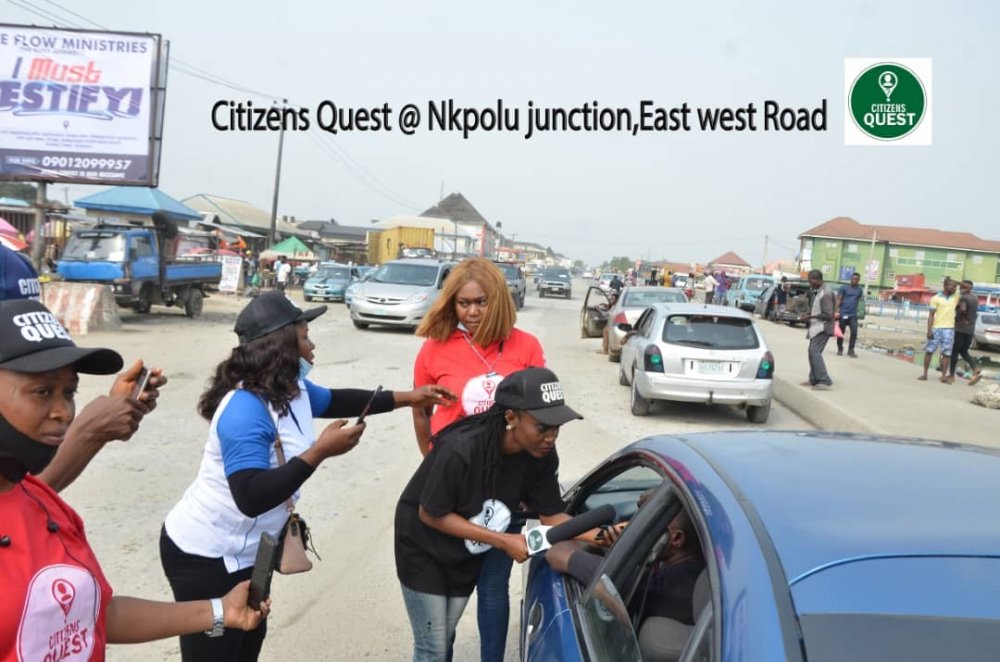 At the Ahoada end of the road, the Citizens Quest spoke with representatives from the Ministry of Niger Delta Affairs, led by Mr. Joseph Akpan at Okokobo town near Okogbo, being the sub -section 2 of the Section 2 of the East West road which starts from Eleme in Rivers State to Kaiama in Bayelsa State and spans 60km.

Mr. Ekpen, of the Quality and control unit of the Ministry stated that the project is going on schedule and to the best quality.