‘ The Fight Is Over’ Obaseki Says As He Invites, Ize-Iyamu To Work With His Government 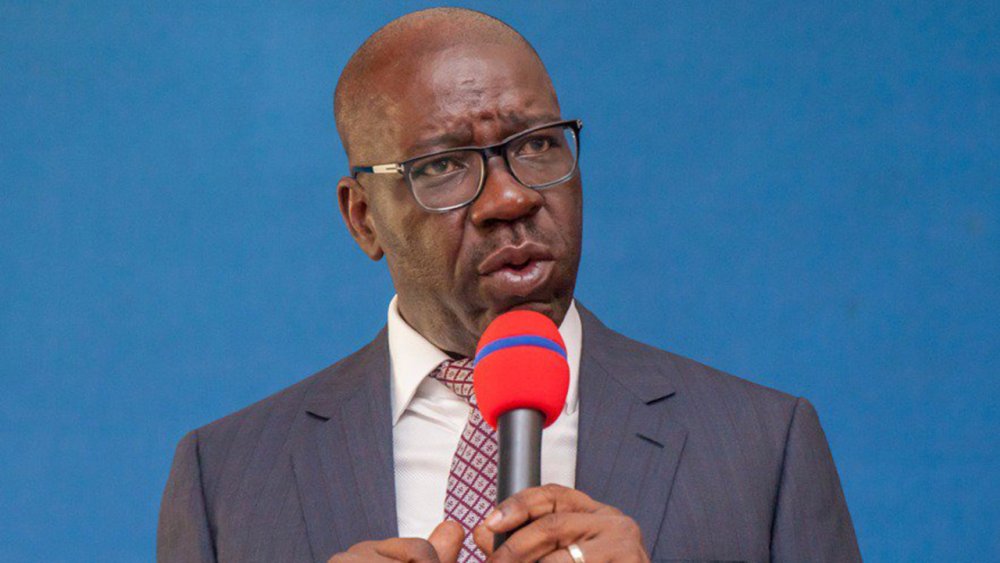 The governor of Edo state, Godwin Obaseki has invited the former national chairman of the All Progressives Congress (APC) Adams Oshiomhole and the candidate the party Osagie Ize-Iyamu to put their differences aside and join forces with his newly elected administration.

Making this call after receiving his certificate of return from the Independent National Electoral Commission (INEC)  National Commissioner in charge of Edo, Rivers, and Bayelsa States,  May Agbmuche-Mbu, Obaseki said that the fight was over.

“To our friends and our brothers on the other side of the divide, we are one family in the pursuit to provide services and public good for our citizens.

“I’m using this opportunity to extend the hand of fellowship to my brother, Pastor Osagie Ize-Iyamu, and his other colleagues in the All Progressives Congress to join us and work with us so that we can move Edo forward.

“On a specific note, I want to use this occasion to call on the former chairman of the APC, Comrade Adams Oshiomhole, that the fight is over and he should come and join in building the house where he was part of laying the foundation.

“We have no malice, the only thing we disagreed on is in the approach in moving Edo forward,” Obaseki said.

AllNews on Sunday reported that INEC declared Obaseki, the candidate of the Peoples Democratic Party (PDP), the winner of the state’s governorship election.

Lekki Massacre: PDP Asks ICC To Bring Those Responsible For ...

Agboola Accuses Akeredolu Of Plotting To Forge Signature For...