The North-South Political Alliance And The Unending Intrigues Of Power, By Wole Arisekola 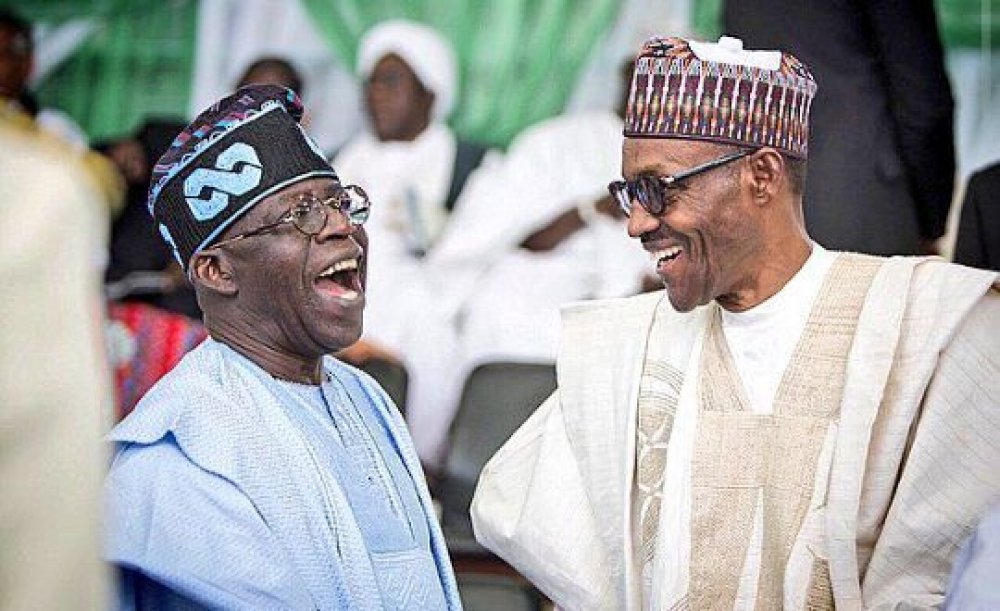 Frantically, I have never been desperate for anything all my life. Never! And how I wish everyone can honestly say so about themselves.

Most Nigerians are very desperate to acquire money, fame and political power.

I think the idea of getting something at all cost can drive one crazy, leading someone to take decisions that can stop him or her from making heaven and drive out all the rational thoughts from a person's brain.

I appreciate the word 'consistency' and I am conscious of the word 'loyalty'.

But to be frank, the politics of alliance with our brothers in the Northern part of Nigeria always comes with a price. Let me take you down memory lane; when Chief S.L Akintola formed an alliance with the Northern Party, National Council of Nigeria and the Cameroons (NCNC) against Chief Awolowo’s Action Group, majority of the people in Awolowo's camp incited the Yorubas against him. They turned his people against him.

All the good things he was known for were forgotten. He was assassinated in the coup that followed that election.

Another example was Alhaji Lateef Jakande; he was the most popular among the governors elected on the platform of the Unity Party of Nigeria in the Second Republic. He was referred to as "Baba Kekere”, meaning second in command to Chief Obafemi Awolowo.

When the Military took over and he was nominated as a Minister, many Yoruba people went against it. He was told not to have anything to do with the military government. He went against the opinion of the Yorubas and his political career was destroyed till today. He lost his relevance in Yoruba politics.

Late Chief MKO Abiola was a successful businessman and a detribalized Nigerian. As a philanthropist, he was unrivaled. He was generous to a fault. His sin in Yorubaland before he died was that he associated himself with the National Party of Nigeria (NPN) which was seen by many in the South West as a Northern party against their beloved UPN.

Chief Abiola was not accepted politically in the South West before the military annulled his election.

Chief Abiola eventually died in military custody in 1998 while fighting for both his freedom and the actualization of his mandate.

Aare Abdulazeez Arisekola Alao makes the fourth example and what actually happened to Asiwaju Ahmed Tinubu last week is like child's play compared to what Arisekola went through during his lifetime for being in support of Northerners in the South West.

Late Aare Arisekola was nearly killed at the University of Ibadan by the well-organized political thugs who infiltrated the students on the campus of University of Ibadan. About 23 of his exotic cars were burnt to ashes.  Despite being guarded by the best security operatives in the world, he sustained a deep cut on his head.

Not satisfied, the mob went to his companies in Ibadan and Lagos and burned them down.

A month before that incident,  Aare had sent a message to Akolad, his contractor and father of former Commissioner of Finance under Senator Ajimobi, Bimbo Adekanbi.

He asked Akolad to go and renovate and fortify his office.

It was as if he knew that something of that nature would happen. He travelled abroad and over 100 exotic cars were parked inside his office. His business partner, Mr Tribute was around and some cash were kept in the office for day to day activities of running the business. All these were burnt down to nothing.

Arisekola Alao lost over 150 cars and property worth billions of Naira as his properties were torched.

When his friend, realized this monumental loss, he ordered the Federal Government to pay him a compensation of ₦ 100 million. The money was paid and lodged in United Bank for Africa.

Trust Aare Arisekola Alao, he did not touch it. He kept it with the bank. When Chief Obasanjo came to power and he was investigating the Sani Abacha regime, he sent security agents to Arisekola in Ibadan to demand for the ₦ 100 million Naira the Federal Government paid him when his properties were burnt.

Aare instructed me (Wole) to follow his brother, Akeem to UBA at Dugbe in Ibadan to prepare a ₦ 100 million naira draft in the name of the Federal Government and give it to the security agents who came from Abuja.

Not yet satisfied, they told Aare that they have instruction from the Presidency to bring his International Passport and all his travelling documents, he went inside and when Aare came out, he handed them over.

It will be in history that President Obasanjo kept Aare's travelling documents with him all through his 8 years in office.

When he left office as President, he brought it back to him and he told Aare jokingly that "I just want you to be in Nigeria with me throughout my stay in power.  I kept your passport inside my drawer for eight years!"

Till today, no one has thought of returning this money to Arisekola Alao's family. Strange, isn't it?

There is always a price to pay if you are a Yoruba politician associating with Northern politicians.

But now that, Asiwaju Ahmed Tinubu is on the hot seat. He is the one who sold Buhari to Yorubas. Some Yorubas don't like that idea. The Afenifere didn't want to hear anything about Buhari because of his past record. How Asiwaju muscled down this group and gained trust among Yorubas to support Buhari is still a mystery to me.

The well-fortified Yoruba regional party, Alliance for Democracy, AD, was annihilated to pave way for smooth alliance with Buhari’s party.

The Progressives were not happy. They didn't like to join a Northern party.  They saw Asiwaju Bola Tinubu as a traitor and they have been waiting for the day they would take their pound of flesh from him.

The opportunity came, when there was a crack among the new political family of Asiwaju Tinubu.  They watched, arms folded, faces turned to the other side as Tinubu faced his fate alone. No single press release from Afenifere and Yoruba Elders. They simply maintained their "we warned him" stand. To them, he drove himself to the belly of vultures and he must pay the price like his past leaders who dared to against their will.

What happened last week was more than a protest. It was a repeat of history.

If you are a Yoruba man and you are into politics, be careful. Read Yoruba politics before you jump into any alliance. And if you are to do so, consult widely.

Asiwaju Bola Ahmed Tinubu has entered the political ocean of the SouthWest -North. He is in the middle now, only God knows where it will lead him to.

READ ALSO: The “Hows” And “Why” Of ASSU’s 40 Billion Tussle, By Pelumi Olowoyeye

As for me, and my family, we will continue and continue to pray for him; for turning boys to men, for bringing some development to our region. Although to many of us, he is not perfect, neither is any of us.

But I am pleading with our fathers and brothers to PLEASE forgive him of any sin – big or small – he might have committed as a person in the name politics.

We should please follow our fathers' proverb; "TI A BA FI OWO OTUN BA OMO WI, A MA NFI ISI FA MO RA NI" (if we reprimand a child with the right hand, we should embrace him with the left).