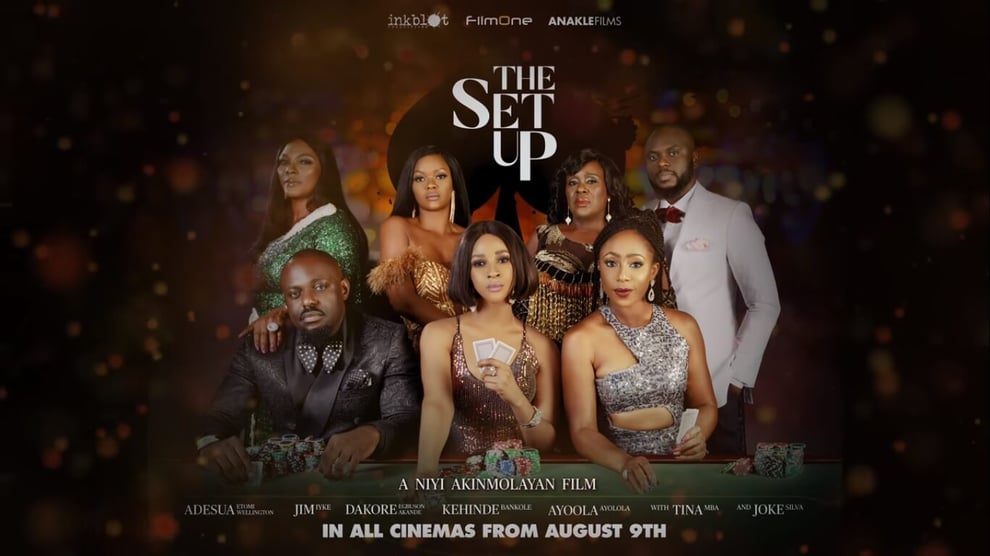 The sequel to Inkblot Productions' The Set Up has officially gone into production.

The second part will reportedly be directed by co-founder Naz Onuzo with stars Adesua Etomi and Kehinde Bankole reprise their roles as best friends Chike and Grace.

While the production company has shared sparse details about the sequel’s plot, a theatrical release date has been confirmed for August 12 with an Amazon Prime Video release expected to follow closely.

The production company previously announced a multi-year licensing deal with the streamer to include sequels of some of their major titles including The Set Up, Moms At War 2, and New Money 3.

The crime thriller was released to mixed reviews in 2019. Directed by Niyi Akinmolayan and written by Naz Onuzo, the movie follows best friends trapped in a syndicate.

The Set Up 2 will see veteran star actress Kate Henshaw join the cast alongside King of Boys star Tope Olowoniyan.