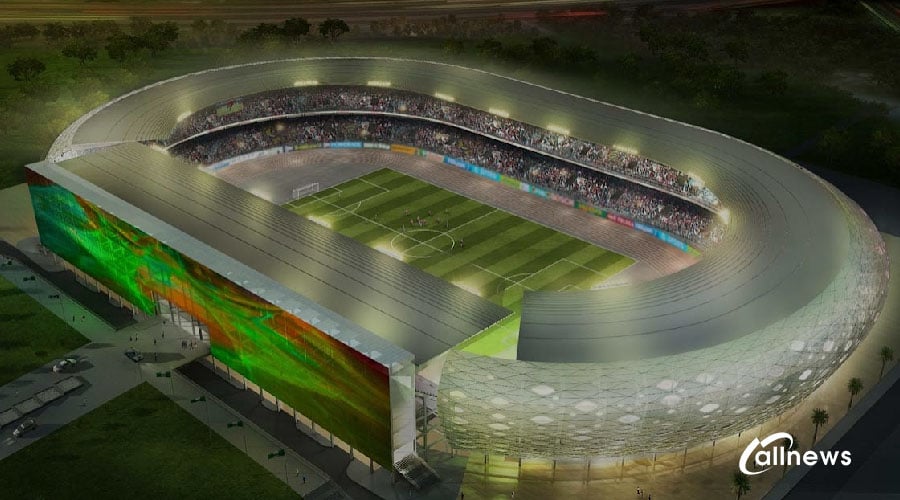 Nigeria is undoubtedly a sports-loving country, although a major problem is the lack of standard sporting facilities in the country.

There have been many complaints about the state of the stadiums in Nigeria's national team matches often restricted to a handful of venues in the country.

While there is a general lack of quality pitches in Nigeria, there are still a few that are up to standard.

The MKO Stadium in Abuja is one of the most popular football venues in Nigeria and has served as a home for the Super Eagles.

It was founded in 2003 and boasts a capacity of 60,491, it has been widely considered not only one of the best in Nigeria but in Africa as a whole.

The stadium was abandoned for several years and facilities deteriorated badly, leading the national teams to move their home matches to other venues.

However, a massive renovation was carried out in 2021, returning the stadium to its former glory.

Competitive matches have since returned to the MKO Abiola Stadium following its renovation and it is once again serving as a home to the national teams.

Popularly known as the Nest of Champions, the Godswill Akpabio Stadium is a modern football venue located in Akwa Ibom.

It was constructed in 2014 and serves as the home ground for NPFL side Akwa United.

In fact, most international games of the Super Eagles have been played in Uyo in recent times.

It is an ultra-modern stadium that was fashioned after Bayern Munich’s Allianz Arena.

It can be used for more than just football and has even hosted several social, cultural and religious gatherings.

The Teslim Balogun Stadium is under the purview and control of the Lagos State government, which oversaw its construction.

Boasting a capacity of 25,000, it is one of the smallest stadiums in the country.

Named after legendary footballer Teslim Balogun, the stadium originally had an AstroTurf pitch, which meant players were often reluctant to play there.

However, the artificial Turf was converted to a grass pitch in 2018 and has become a hugely popular venue for Sporting events.

The Teslim Balogun Stadium is a multipurpose sporting complex that serves as a venue for more than just footballing events.

It is the home ground of several teams in the Nigeria Rugby League and has also hosted a number of athletics events.

Owned and administered by the Delta State government, the Stephen Keshi Stadium is a multipurpose arena in Asaba.

It was named after legendary former Super Eagles captain and coach Stephen Keshi in 2018.

While it has hosted the Super Eagles several times, the Stephen Keshi Stadium has gained a reputation as an athletics venue.

It hosted the National Sports Festival and was also the venue for the 2018 Africa Athletics Championship.

The Stephen Keshi Stadium has a capacity of 22,000 and boasts modern facilities and amenities. It is also often utilised for social, cultural and other activities.

One of the oldest stadiums on our list, the Sani Abacha Stadium was inaugurated in 1982 by the Nigerian Federal Government in power at the time.

It has stood the test of time and currently serves as the home ground of NPFL side Kano Pillars.

While the Sani Abacha Stadium has never been considered a dedicated home ground for any of the national teams, it has hosted a few international events.

It was selected as one of the venues for the U-17 World Cup in 2009 and the 2000 AFCON jointly hosted by Ghana and Nigeria.

The Remo Stars Stadium has long been considered one of the best football venues in the Nigerian football league system.

It boasts a 20,000 seater capacity and is the current home ground of NPFL side Remo Stars.

Although the Remo Stars Stadium is mostly used for football in the NPFL, it also has facilities to host track and field events.

It can comfortably host major national events and could even be considered a base for any of the national teams.

Remo Stars is owned by notable businessman Kunle Soname, who founded Bet9ja, one of the most popular betting platforms in Nigeria.
They feature on a list of the top betting operators in Nigeria as seen on comparison site Betting Apps Nigeria.