The Weeknd, His Botched Face And Save Your Tears Music Video 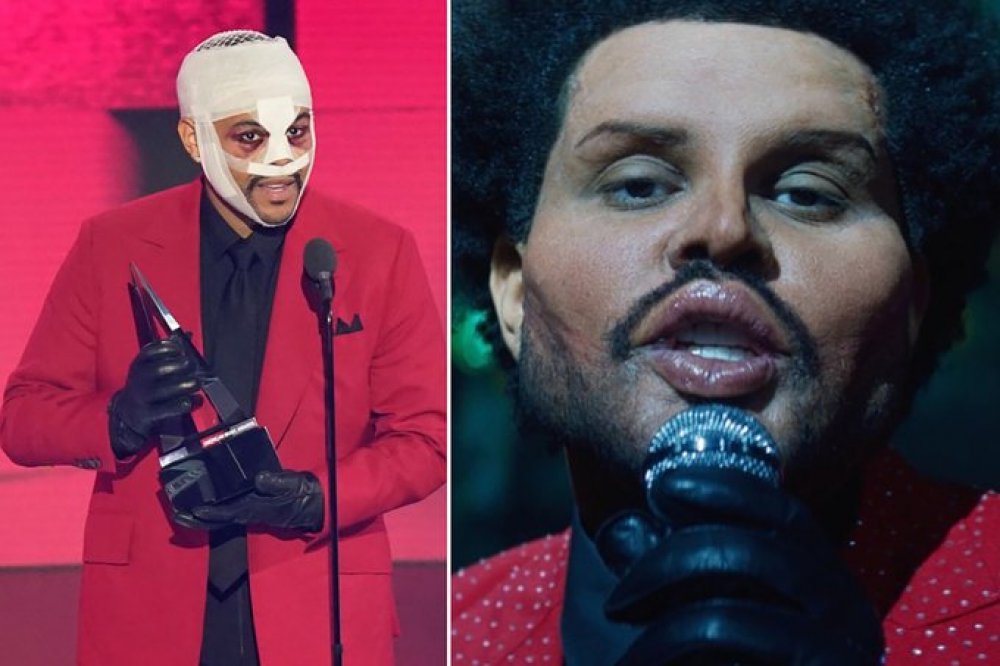 Canadian singer, Abel Tesfaye, popularly known as The Weeknd, has sparked off plastic surgery rumour in his newly released music video for "Save Your Tears", a track off his recent album, After Hours.

The "Save Your Tears" four-minute-long video shows the 30-year-old singer performing on stage for guests all wearing party masks while he spotted a bloated face, lips and crooked nose believed to be the aftermath of surgery. He also had what appeared to be surgical scars across his cheeks.

The video started off with his performance which gradually had him disrespectfully spraying champagne at the guests. Later in the video, a spotlight picks an unmasked young woman among the guests.

He leads her up onto the stage, takes out a gun, placed it in her hand, and forces her to press the barrel against his forehead.

Finally, he holds the gun to his own head, squeezes the trigger, and fires out confetti.

The video, which was released on Tuesday, January 5, has garnered over 4 million views on Youtube.

His fans have so far, been reacting to his botched face. While some believed he truly reconstructed his face, others maintained he was simply wearing prosthetic makeup for the music video.

In August 2020, The Weeknd alarmed his fans by showing up with a bloodied face for the Video Music Award. His face looked like he was beaten up or perhaps, he got into a fight.

He also made headline during the American Music Awards in November 2020, when he showed up with his face all bandaged and bloody. 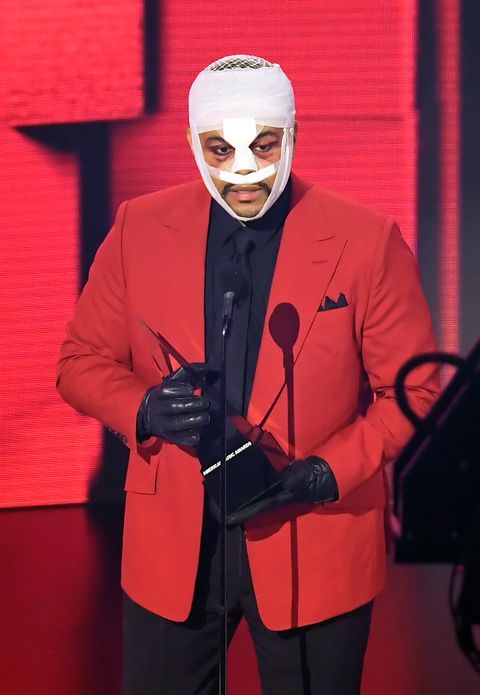