'They Chose The Sea': Past, Present Collide In Teaser For Upcoming Igbo Landing Film

The teaser for They Chose The Sea, the forthcoming film about the Igbo Mass Landing Suicide of 1803 has been released.

Directed by US-based Nigerian director Nnamdi Kanaga, celebrates the bravery of the Igbo people who chose to die at Dunbar Creek on St. Simons Island, Georgia rather than live as slaves.

In the two-minute teaser, a young man is seen walking down a location that may be close to the site of the mass suicide. His clothes show that the setting is the present day. A feeling of unease begins to overshadow him as he hears the mysterious rattle of chains. 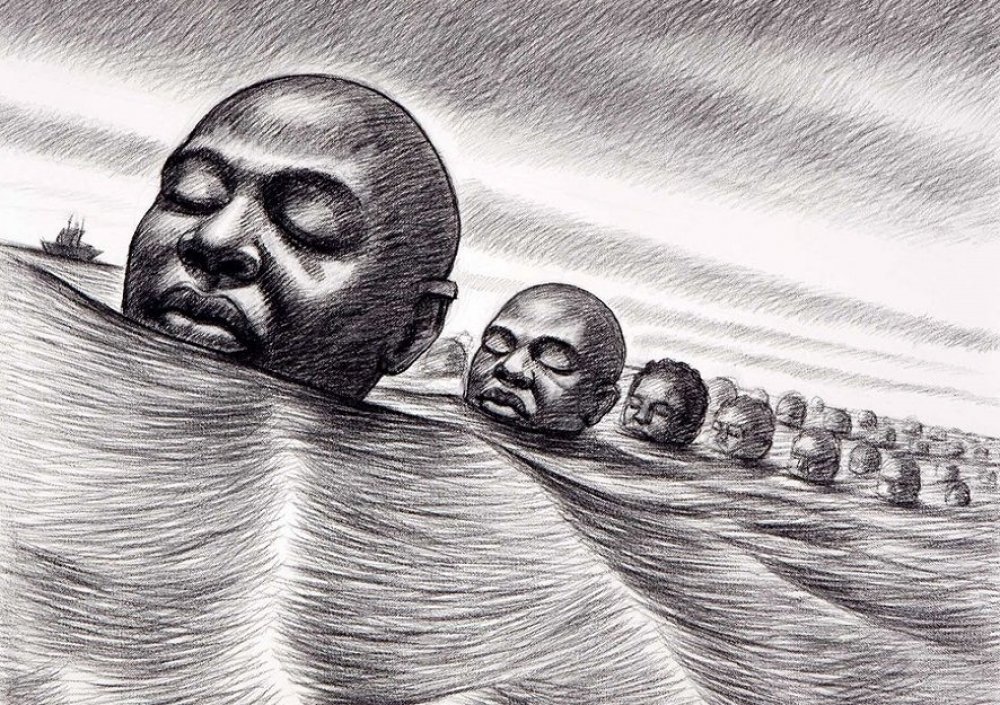 An artistic rendering of the historic event

He hastens his steps and begins to run as the music takes on a haunting tone; an acoustic interpretation that connects past and present. A man in chains (presumably one of the captured slaves from many years ago) is also fleeing as the emerging dusk envelopes the scene in darkness.

Finally, both individuals meet at a place where at the site of the mass suicide, culminating in the man from the past giving a speech in the Igbo tongue as the young man from the present watches in awe.

From what is glimpsed in the short clip, Kanaga may have a winner in his hands. It's a story that has transcended time and one many Nigerians will look forward to seeing on the big screen.

Check out the teaser trailer below: