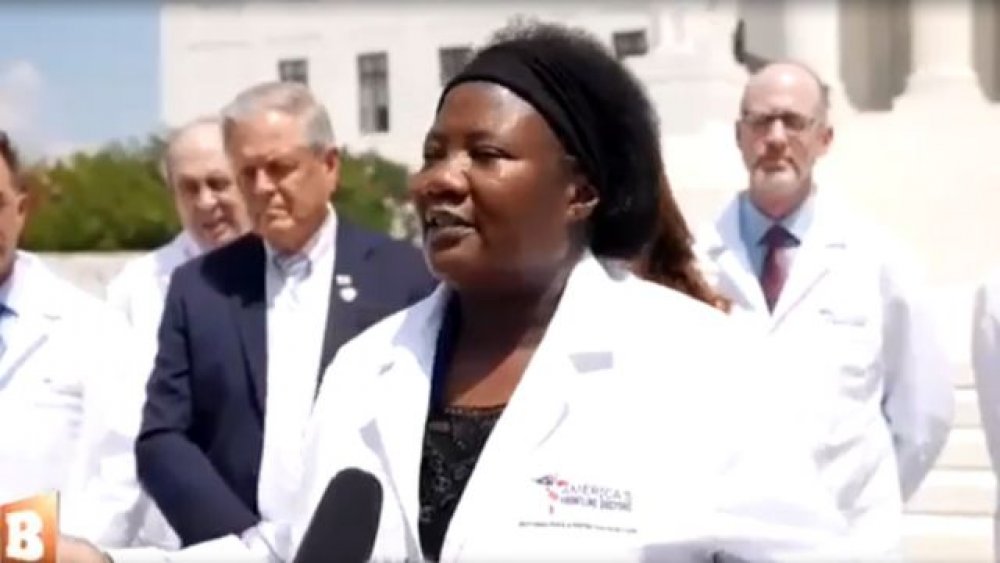 Nigerian-trained US-based doctor, Stella Immanuel, maintains her conviction that hydroxychloroquine can cure the disease, stating that "they think I'm dangerous because I'm speaking the truth."

Immanuel gained notoriety after a video of her claiming that the anti-malarial drug hydroxychloroquine was effective in the treatment of coronavirus went viral.

Speaking with Click2Houston, a US-based news platform, Immanuel said that people are dying from the disease, and that the only way to stem the number of fatalities is to use hydroxychloroquine, as she has used the drug to treat 400 patients.

She said, “No I’m upset. I’m upset. This is not, I’m not acting up, I’m not putting this up, people are dying. Like we just had news that Herman Cain died. He didn’t have to die. People saying he should’ve worn a mask. Yes, he should have if he did haven’t hydroxychloroquine.

“By taking hydroxychloroquine, Zinc, Vitamin C and Z-pak, tops, maybe $50-$ 60. You have a whole treatment for COVID.

“YES! It eradicates the symptoms, it eradicates the virus… We see patients, day one, we put them on hydroxychloroquine. They come back day seven, day 10 and they’re negative.

“Of course they think I’m dangerous because I’m speaking the truth. I said it many times. Number one: Ask Dr. Anthony Fauci, when was the last time he saw a patient?

When is the last time he put a stethoscope on a patient’s [inaudible] and I’m willing to ask him that. Number two: I’m still waiting for him to come and give me a pee sample to find out if whether he’s on hydroxychloroquine to treat himself. The studies that we did on hydroxychloroquine were done without Anthony Fauci.

“This is craziness, I have treated right now, over 400 patients. This is Houston. My patients are going to speak up. You’re going to talk to them. You can, you can interview. Put something on the news and call and tell people that have been treated to call.

“This is craziness. I don’t know what they are doing and somebody needs to tell me FDA, Anthony Fauci, WHO — why are you… why do you want people to die?

'Nobody Likes Me, It Can Only Be My Personality' - Trump