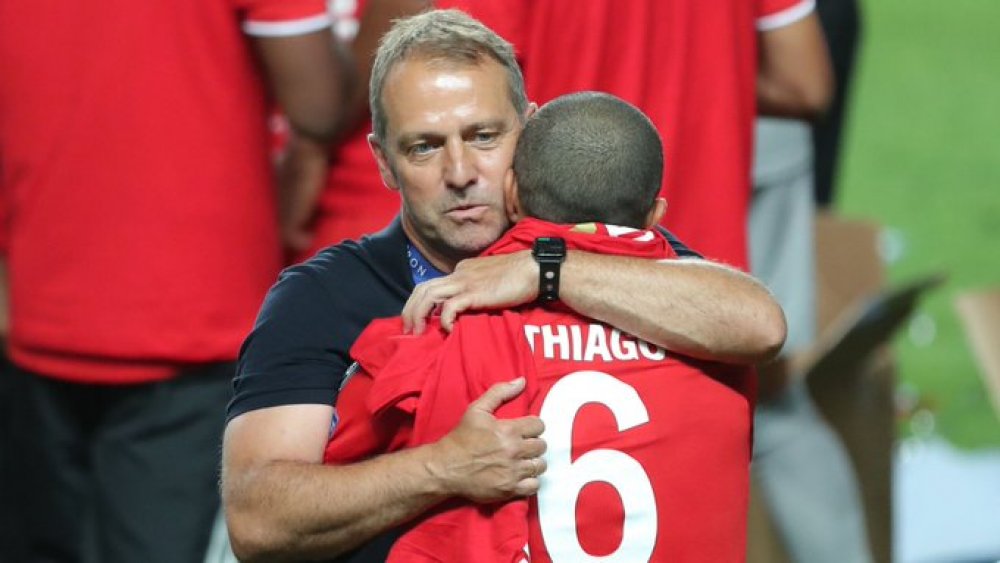 Liverpool has completed the signing of Thiago Alcantara as the Spaniard says goodbye to his Bayern Munich teammates and coach on Thursday possibly after training.

Liverpool has been tipped to sign the veteran midfielder since June during the UEFA Champions League but there has been delay over the need and possibly the financial requirements.

But it seems the start of the EPL has made Klopp seen the need for more balanced and anchor midfielder than the ones he has presently in his squad.

Hansi #Flick on @Thiago6: "Thiago is an exceptional player who spent seven hugely successful years here. He's a wonderful person and an outstanding professional. It was very emotional today when he said goodbye to us all." #FCBayern #MiaSanMia pic.twitter.com/QBU0O0UPmf

Bayern Munich manager, Hansi Flick has made known how emotional it was for Thiago to say goodbye to teammates on Thursday as his Anfield move draws ever near.

He contributed 3 goals, provided 2 assists in 40 appearances for the European Champions in the 2019-20 season.

These stats have shown little about his contribution but looking more at his individual contribution yields 90% pass accuracy, 1.88 tackles per game, and 1.88 interceptions show a great deal for an anchoring midfielder.

With his move to Anfield, Jurgen Klopp will have more options in the midfield especially with vision, passes, and experience Alcantara is coming with, he would be a great addition to EPL Champions already strong squad.