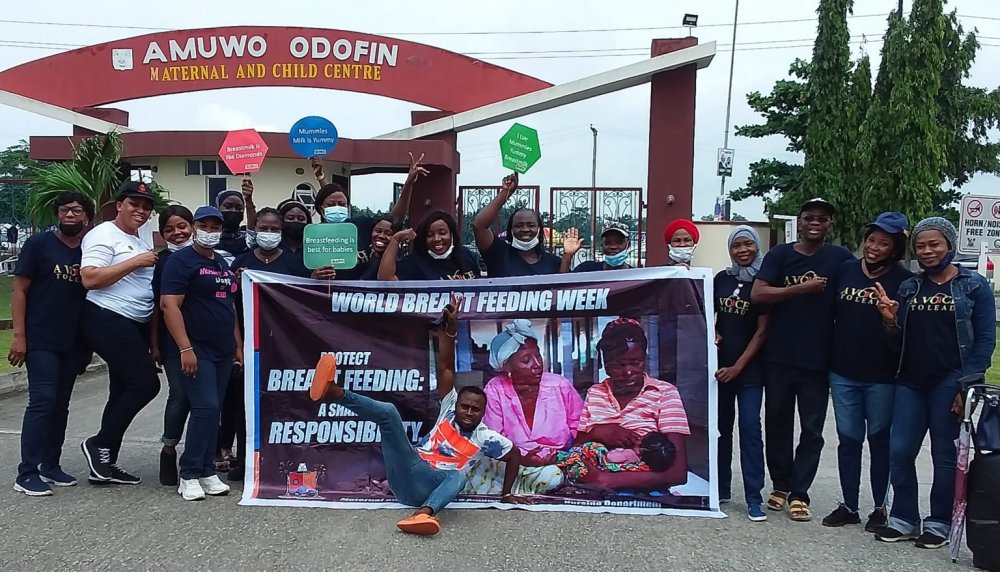 Mrs Roseline Oladimeji, a Chief Nursing Sister, in Lagos on Thursday advised pregnant women to allow their husbands to suck their boobs to prepare them for breastfeeding after delivery.

“Allow your husbands to suck your breasts during pregnancy. Apart from bonding, it will help the nipples to be out and make it easier for your baby to latch on.

“You can also rub vaseline on your nipples at night before going to sleep. It also helps to soften it,” the apex nursing sister said.

She urged pregnant women to prepare their breasts during pregnancy to avoid lactation problems after delivery.

She added that the colostrum – the yellowish milk that flows within the first five days of delivery – contains nutrients that helps boost the baby’s immunity.

“It is still breast milk,” she said.

Oladimeji cautioned that certain food, herbs and medications could hurt babies if they cross into the breast milk.

She particularly noted that drinking palmwine to improve lactation could introduce alcohol into the baby’s system during breastfeeding.

Oladimeji further cautioned mothers seeking advice from people who were not qualified to take care of babies to avoid causing harm to their children.

Also, the hospital’s Dietician, Ms Gbemisola Ogundipe, advised lactating mothers to ensure they take well-balanced meals and lots of water to increase the volume and quality of their breast milk.

“A breastfeeding mother should have meat, fish, eggs and vegetables in her meals. She should also take a glass of juice or smoothies.

“She should increase her fluid intake and this can come in form of water, milk, yoghurt, ice cream and pap,” she said.

Ogundipe also cautioned women against weaning their babies before they get to one year because of the misconception that breast milk changed to blood when a child turns one year.

She said exclusive breastfeeding was not only beneficial to the babies but also to the mothers and their families as it helps to take the mother to her pre-pregnancy weight and lessen financial pressure for families.

The theme of the 2021 WBW was, ‘Protect Breastfeeding: A Shared Responsibility’.

The World Health Organisation (WHO) and UNICEF said that though there had been progress in breastfeeding rates in the last four decades, the rates in Nigeria reduced with age.

In a joint statement issued by the Director-General of WHO, Dr Tedros Ghebreyesus and the Executive Director of UNICEF, Henrietta Fore, they stated that rate of exclusive breastfeeding rose from 17 per cent in 2013 to 29 per cent in 2018.

They, however. said that the percentage of children breastfed within one hour of birth in Nigeria estimated at 42 per cent was still less than 50 per cent.

“It will show that the proportion of the children who are not breastfeeding increases with age,” it said.