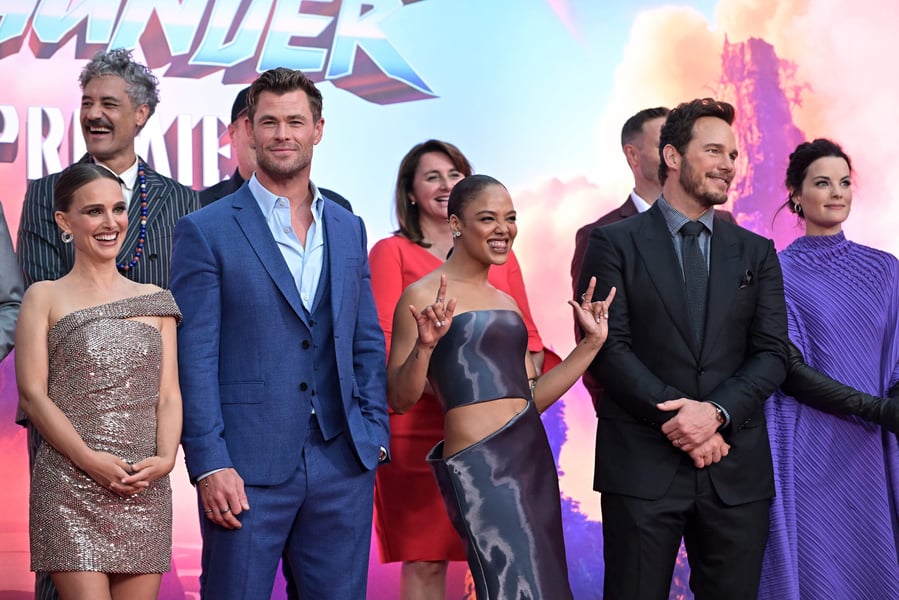 Marvel Studios' Thor: Love and Thunder had its world premiere on Saturday in Los Angeles and the first reactions are out, with many calling it one of the MCU's best.

Directed by Taika Waititi and starring Chris Hemsworth as the titular character, the fourth part sees the superhero enlist the help of his friends to confront a villain who kills gods and has set his sights on the hammer-wielding Asgardian. 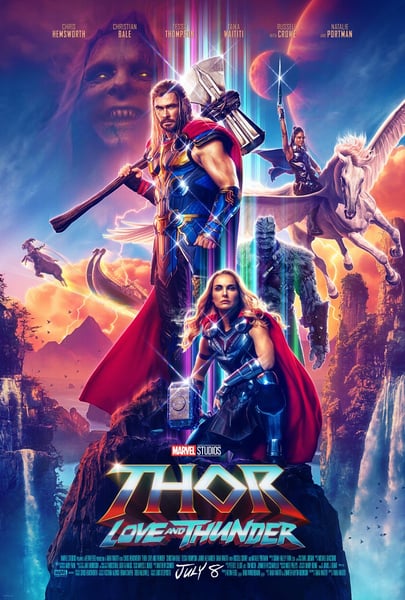 The premiere was a colourful and memorable event, with the film's major stars in attendance as fans gushed and cheered them on.

Thor: Love and Thunder hits cinemas worldwide on July 8, 2022, but those who have had the privilege of seeing it have shared their thoughts. 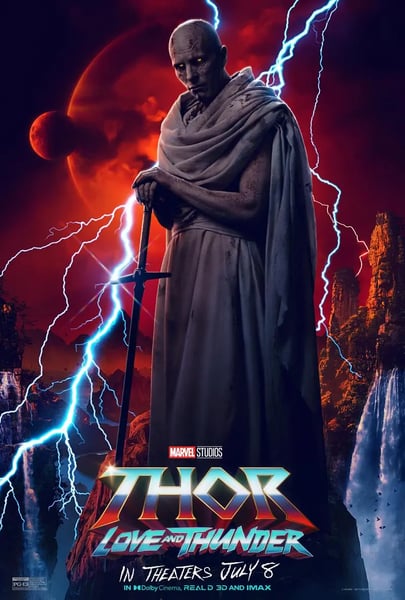 The majority of the reactions are extremely positive, with particular praise going to the antagonist Gorr played by the talented Christian Bale.

Check them out below:

#ThorLoveandThunder is fucking great. I think instantly one of my favorite Marvel movies - probably cause it’s easily the funniest, yet still had me choked up by the end. I hope Taika Waititi never stops making Thor movies.

#ThorLoveAndThunder might be my favorite Marvel movie and it also might be their very best. A sublime mixture of extreme silliness, dreamy surrealism and genuine emotion, with some of the most visually inventive set pieces in the MCU. Full of delightful surprises. Just great.⚡️ pic.twitter.com/7Dvku7F9yF

#ThorLoveAndThunder is electric! A wacky, high energy delight with a cast full of aces crushing one scene after the next. LOADS of laughs (my face legit hurts), menace of Christian Bale’s Gorr is chilling, but most of all loved that it’s a film brimming with good vibes & heart. pic.twitter.com/CjVHkxAprC

I LOVED #THORLOVEANDTHUNDER!!! It was hysterical and stunning and full of so much heart! I am so happy to tell you all how awesome it was! Also, the goats are my favorite characters! The film was pure joy! pic.twitter.com/Z4X1oB9agD

What a rush! Thor: Love & Thunder is pure entertainment. It’s fun, emotional, it has moments of horror. Christian Bale is perfectly terrifying as Gorr. Natalie Portman is fantastic as the Mighty Thor. Chris Hemsworth is perfect. And the goats are GOATS. #thor #ThorLoveAndThunder pic.twitter.com/u9QhIPh0G9

#ThorLoveAndThunder has very high highs & very low lows. It’s very Taika Waititi and is tonally all over the place. That said, the second half is way better than the first and I really loved what Christian Bale brought to the table. Also, Natalie Portman is fantastic as expected. pic.twitter.com/NCCsDS7bj2

#ThorLoveAndThunder is a vivid and vibrant blast that delivers. Hemsworth’s Thor remains a jewel in Marvel’s crown. Bale’s Gorr is a killer boogeyman blending the campy and the creepy. Portman’s Foster and Thompson’s Valkyrie are a top notch pairing. Crowe’s Zeus is *chef’s kiss* pic.twitter.com/PDb5SZRWOo

holy shit. #ThorLoveandThunder is the perfect blend of taika at his best with comedy and a punch to the gut all in one. i left this movie emotionally satisfied while also sobbing and just perfection. we stan a dad rock soundtrack. in the words of my new favorite characters: AHH pic.twitter.com/MytduVq89h

THOR: LOVE AND THUNDER is a rockin’ great time with electrifying action, lots of laughs (the screaming goats!) & a profound story on absent gods & our desire for love. Natalie Portman makes a mighty return & Christian Bale slays it as the terrifying Gorr. The best Thor film yet! pic.twitter.com/s42SkqxlJj

THOR: LOVE & THUNDER is a TOTAL BLAST! Even BETTER than “RAGNAROK,” and one of the BEST MCU MOVIES! #ChrisHemsworth is a friggin’ ROCK STAR & #NataliePortman is a TOTAL BADASS! Director #TaikaWaititi has done it again! #ThorLoveAndThunder IS AWESOME! pic.twitter.com/JTEl6xB2xt

An Australian actor known for playing the superhero Thor.