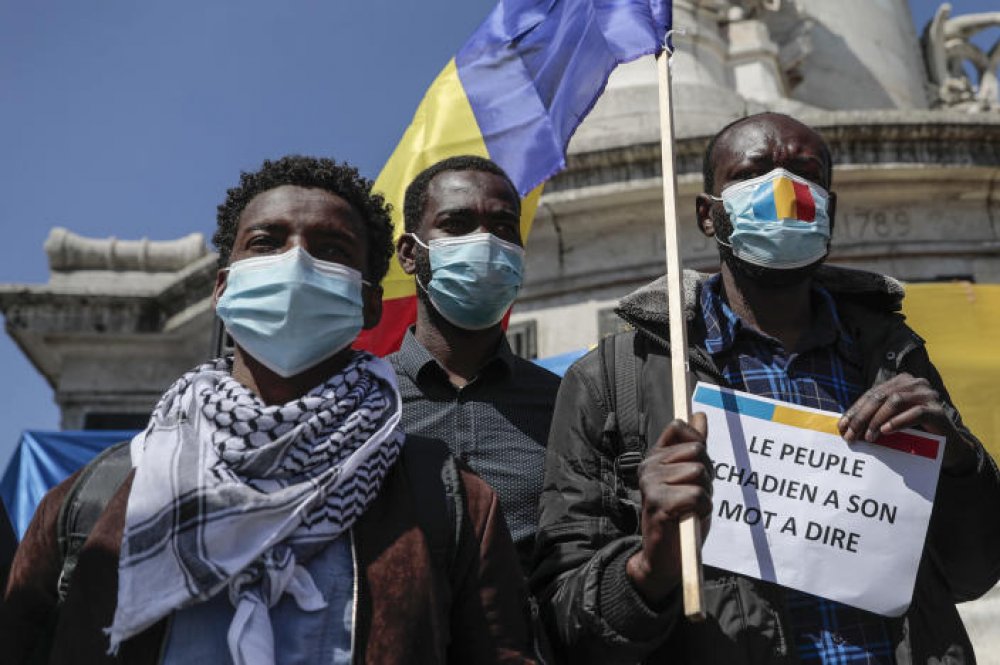 Thousands of young people took to the streets of the Chadian capital N’Djamena on Tuesday to protest against the military transition government and France.

From early in the morning, people could be heard banging pots and whistling in several neighborhoods, local media reported.

The protesters called for the military government to step down, burned French flags, and shouted anti-French slogans.

Opposition parties and non-governmental organizations had called the protest under the motto “Wakit Tama,’’ or “The hour has come.’’

Chad’s long-time ruler Idriss Deby, who was killed by rebels, was succeeded by his son Mahamat as president of the military council, acting head of state, and army chief.

READ ALSO LIFE: Idriss Deby, The President Of Chad Who Died At War After Ruling For 30 Years

The new rulers had dissolved the government and national assembly, prompting the opposition to call the new government a military coup.

France, the former colonial ruler of Chad, sees the oil-rich but poor country as an important military partner in the conflict-ridden Sahel region.