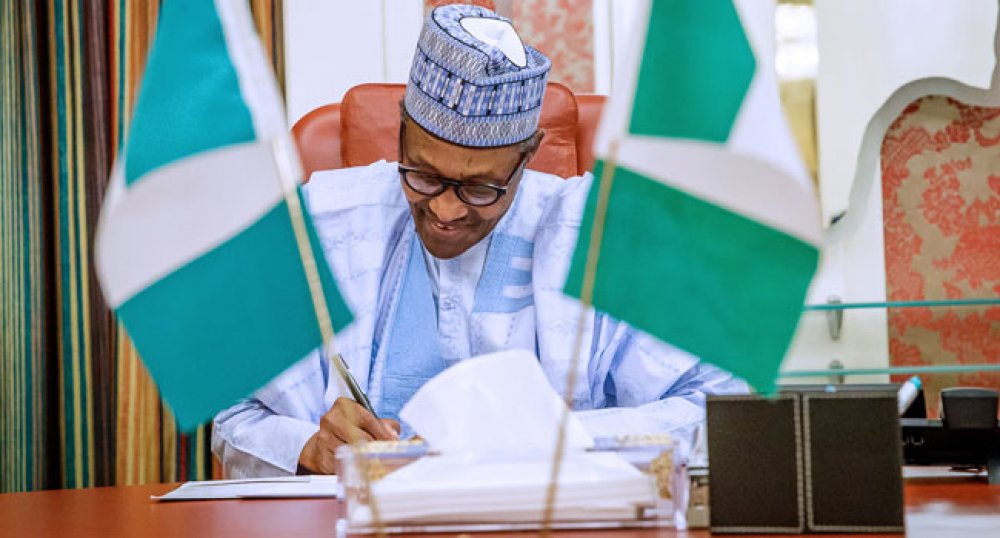 President Muhammadu Buhari has said that the threat issued by the Niger Delta Avengers on Saturday was rather unnecessary.

President Buhari was quoted in a statement signed by his special adviser on media and publicity, Femi Adesina, saying that all issues raised by the group were already been responded to when the President met with the leadership of the Niger Delta and Ijaw National Congress (INC), at the Presidential Villa on Thursday.

Adesina maintained that when the two groups visited the President on Thursday, issues such as the call for restructuring and the inauguration of a board for the Niger Delta Development Commission (NDDC) were discussed.

“I am equally concerned about the rate of environmental degradation in the niger delta and as you are aware the hydrocarbon pollution remediation project has started work with remediation efforts in Ogoni land and I have directed the minister of environment to ensure that the projects are implemented with a high percentage of local content and inclusion of the surrounding communities,” Adesina quoted Buhari.

On Saturday, the militant group in a statement threatened to launch ‘operation humble’, a new mission to resume attacks in the oil-rich region.

The group argued that the south-south remained the most underdeveloped region in the country, with their needs and interests “undermined by the failed Nigerian State”.

Below is a statement from the President on Sunday signed by his media aide, Femi Adesina.

“The media was on Sunday awash with threats and demands by the group to embark on economic sabotage through the bombing of critical oil and gas installations unless certain demands, including the development of the Niger Delta, and restructuring of the Federation, were met.”

“It is, however, curious that the threat was coming less than 48 hours after President Muhammadu Buhari met with the leadership of the Niger Delta and Ijaw National Congress (INC), at the Presidential Villa, and the germane issues had been responded to, especially call for restructuring of the Federation, and the inauguration of a Board for the Niger Delta Development Commission (NDDC).”

“For clarity and record purposes, below is the full text of the speech by President Buhari on Friday, June 25, 2021, which renders any saber-rattling rather unnecessary:

“I warmly welcome all the Elders of the Niger Delta and particularly the National Executive of the Ijaw National Congress, under the leadership of Professor Benjamin Okaba. I thank you for paying this courtesy visit not too long after your election in April, and swearing-in last May.”

“I also want to congratulate you all for your election and to add that a lot of responsibility is placed on your shoulders, especially coming from the fact that the Ijaw National Congress was almost without leadership for some time.

“As the symbol of the collective voice of the Ijaw people, which is one of Nigeria’s main ethnic groups, the existence of a focused and people-oriented leadership would go a long way in articulating the demands of the Ijaw people and making sure these demands are made part of the national discourse.

“I particularly note your ten-point demand to the Federal Government in your inaugural speech and assure you that this administration is frontally addressing them.

“I am equally concerned about the rate of environmental degradation in the Niger Delta and as you are aware the Hydrocarbon Pollution Remediation Project has started work with remediation efforts in Ogoni land and I have directed the Minister of Environment to ensure that the projects are implemented with a high percentage of local content and inclusion of the surrounding communities.

“Similarly, the National Oil Spill Detection and Response Agency, under the same ministry of Environment is working to make sure that oil spills are reduced and new ones prevented. As you are also aware, all the responsible agencies of government have been directed to ensure that they enforce compliance by the International Oil Companies to international best practices.

“In addressing your call for immediate restructuring, the National Assembly whose responsibility it is to ensure that our constitution responds to the call for a restructured Nigeria has already concluded regional consultations and as soon as they finalize the process, necessary action would not be delayed on my part.

“In the same vein, your call for the creation of two additional states and more local government areas for the Ijaw people is a legislative matter, which should naturally be handled by the National Assembly and seeking concurrence at the state levels.

“I completely agree with your call to allocate operational licenses for marginal fields to Ijaw people. However, as you know, the process of granting licenses is guided by laid-down rules and regulations, most of which even favor local content and local contractors. I see no reason why they should not be granted such licenses if they qualify.

“On the issue of fair and balanced appointments to reflect federal character principles, I re-affirm that this has always been my focus and would continue to be because I have always seen Nigeria as a country where everyone should be given equal opportunities.

“A contentious issue that has been a subject of discourse amongst the Ijaw people of recent has been the need for the Niger Delta Development Commission to live up to its billing by delivering the required succor to the people of the region. Based on the mismanagement that had previously be-devilled the NDDC, a forensic audit was set up and the result is expected by the end of July 2021.

“I want to assure you that as soon as the forensic audit report is submitted and accepted, the NDDC Board will be inaugurated. However, I would like to implore you that the Ijaw National Congress should play a more active role in making sure that the mismanagement that occurred in the past is not repeated.

“I am particularly happy to note your call for promoting ownership of modular refineries by the Ijaw people and I will urge you to interphase with your sons who are involved in the processes of establishing these refineries, especially the Honourable Minister of State Petroleum Resources to actualize this quest.

“Like you well know, completion of the East-West Road is top on my infrastructure agenda and I will look to its speedy conclusion. Again, the occasional disturbance by youths in some communities along the route to construction work would require your close attention and guidance.

“Furthermore, we have made considerable progress with the construction of the Bonny to Port Harcourt Bridge.

“I am very happy with the recent affirmation of your belief in a United Nigeria and while I thank you for standing with me, I will also implore you to use your leverage in making sure that we keep working together to keep this country a united, indivisible entity so that we can tackle our problems together and overcome our challenges together.

“I would like now to commend Professor Okaba for your emphasis on supporting the fight against insecurity by developing internal control mechanisms as well as working with other institutions in the country to address our current security challenges.

“While I thank you once more for this visit, I will continue to count on your support as we work towards resolving our current challenges.”