Three Brothers Nabbed For Gang-Raping A Teenager In Ogun State 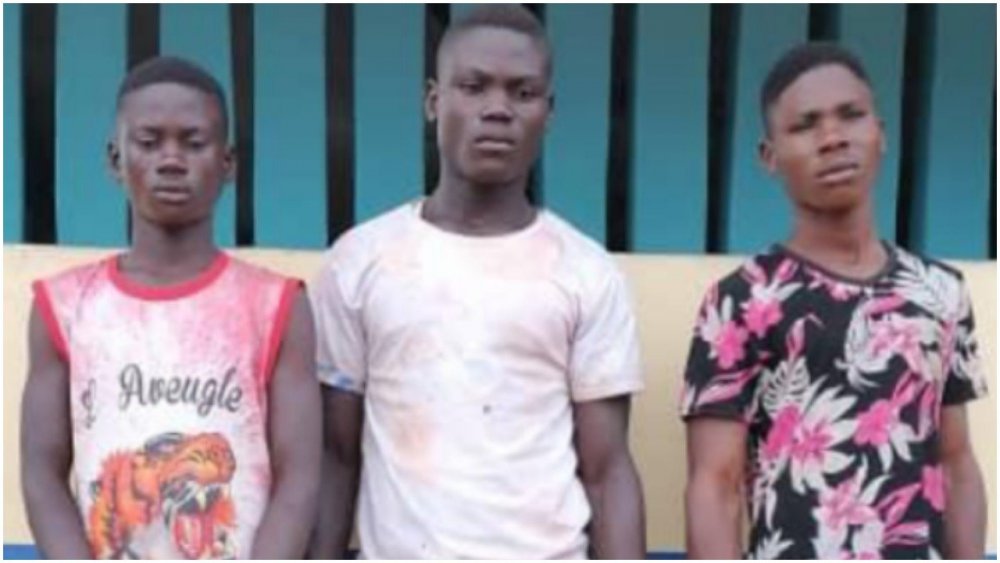 The Ogun State Police Command has arrested three brothers for allegedly gang-raping a teenage girl in Pata, Ifo area of the state.

According to the police command, the suspects were arrested on Wednesday after the incident was reported at Ifo Police Station by an administrative officer of the Ogun State So-Safe Corps, Alimi Olasunkanmi.

According to Olasunkanmi, the three suspects had trapped the girl while she was taking her bath at Odo-Pata stream, at Pata Abiodun Village, Ifo Local Government Area of the state.

He informed the Police that the suspects forcefully dragged the victim into a bush and unlawfully had sexual intercourse in turns.

Oyeyemi said that the suspects filmed the act and threatened to upload it on the internet if the victim reports.