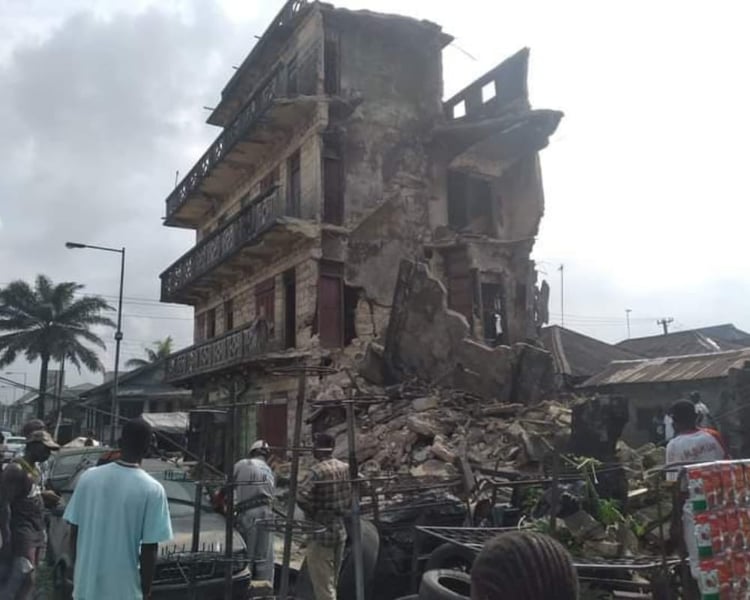 Though no life was lost in the incident, it was learned that properties worth millions of naira were destroyed as the building served as shopping stalls and also as a residential apartment.

The building is one of many old structures in the Old Port Harcourt Township.

One of the residents who spoke to journalists about the incident said, "People are living inside here.

"I am aware that they have warned them to keep away.

"The first time a part of it collapsed, they warned them to keep away from the vicinity.

“The government has not fully taken charge of it, that is why they still remain here.

"They don’t want to go out because nobody asked them to go out with force and they look like they are not paying any bills.

"But they don’t know that they are endangering their lives.

“The government should take over this building and do something that will help the masses so that no one will stay here.

"The way it is now, if it falls out in any way, it may cause problems.

"It is better they fall out of the building and erect something that will help the masses.”

The collapsed three-storey building on 112 Bende Street is one amongst many in this axis of Port Harcourt, the Rivers State capital which is a source of concern to residents.

Many of these structures erected during the colonial period have outlived their lifespan but are still being used as residential buildings and shops.

Occupants of this collapsed building are devastated as they have been rendered homeless and stranded.