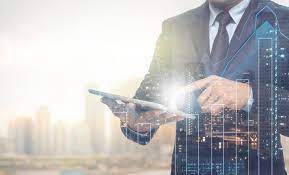 Unfortunately, due to demand pressures on the naira in the parallel market, the naira depreciated further in the interbank market and the black market by 0.01% and 0.02% to close at NGN411.70/USD and NGN561/USD, respectively.

It did, however, gain +0.06% at the I & E window to close at NGN414.80/USD. This was aided by the timely CBN dollar intervention as matured letters of credit and other bills were cleared.

Currency analysts expect the naira to appreciate considerably due to increased revenue from crude oil sales and the introduction of an electronic form A to aid importers' business transactions.

The overnight lending rate contracted by 25bps to 15.5% in the absence of any significant funding pressures on the system.

The NTB secondary market traded with bullish sentiments as the market yield declined by 29 basis points to 4.5%.

Across the benchmark curve, the average yield was unchanged at the short end but contracted at the mid and long segments.

Trading in the treasury bond secondary market continued with mixed sentiments as the average yield was unchanged at 11.3%.