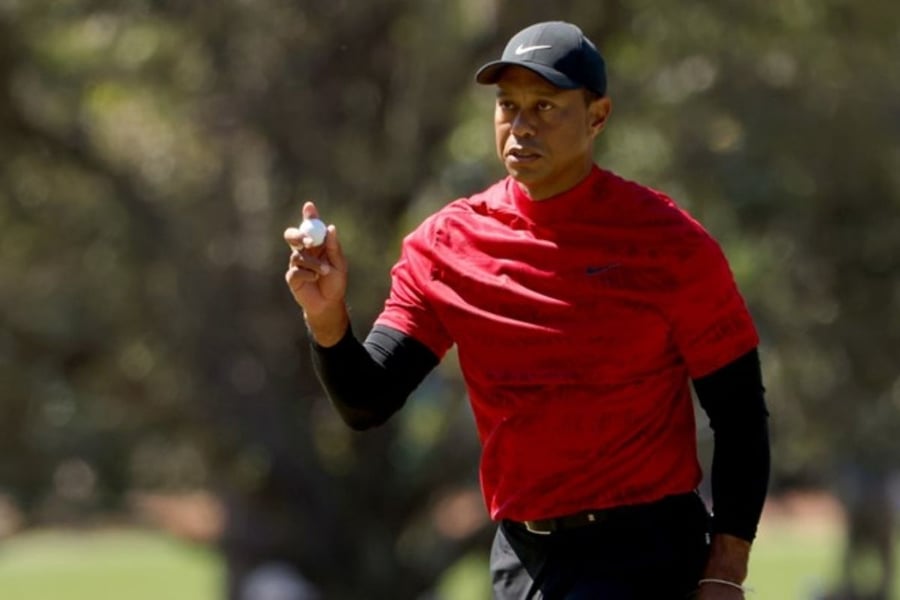 Tiger Woods reportedly arrived in Tulsa, Oklahoma, on Thursday for a round of golf at Southern Hills, the sight of this year's PGA Championship, as part of his process to determine whether he will compete in the year's second major next month.

The 46-year-old Woods, who nearly lost his right leg in a car accident early last year, reportedly arrived at the course to play all 18 holes without a cart and with the club's head professional on his bag instead of the usual caddie Joe LaCava.

Videos on social media showed Woods playing his practice round in a grey shirt, black shorts and a compression sleeve covering his right leg.

According to Golf Digest, which cited a source in the 15-time major champion's camp, Woods plans to compete in the PGA Championship but wants to see how he responds to an increased workload in the coming weeks before making a final decision.

The last time the PGA Championship was held at Southern Hills was in 2007 when Woods triumphed by two shots to win the event for the fourth time in his career but the layout has undergone a dramatic renovation since then.

Woods, who has already said he planned to play the British Open at St Andrew's in July, made a highly anticipated return to competition three weeks ago at the Masters where he went 13 over for the week and finished in 47th place.

Prior to the Masters, Woods made a similar scouting trip to Augusta National in the lead-up to the year's first major.