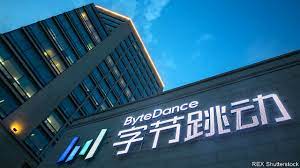 Despite Chinese companies coming under increased regulatory oversight, ByteDance, owners of TikTok today surpassed Ant Group to become the world’s largest unicorn (a privately-held startup company with a value of over $1 billion).

According to the Hurun Research Institute global ranking, as of November 2021, out of the 1,058, the USA had 487 start-ups while China came a distant second with 301 start-ups.

ByteDance of Beijing, whose popularly knowned app TikTok has a global subscriber base of 1 billion people, surpassed Facebook as the most valuable social media company when its valuation increased by exactly 28.9 percent from USD270 billion to USD350 billion by December 2020.

Its biggest rival in China, Ant Group, an affiliate of Alibaba Group Holding and operator of online payment platform Alipay, was valued at a distant second at USD150 billion.

According to Rupert Hoogewerf, the chief researcher at Hurun Research Institute,

"2021 is officially the most successful year for start-ups ever. The countries with the most unicorns give a picture of which countries have the world’s best start-up ecosystems."

"The top 10 largest global unicorns make up 25 percent of the overall value of the world’s unicorns, which is $3.7 trillion." Four of them were from the US, three from China, while Australia, the UK, and Sweden had one each.

"SpaceX, the aerospace company founded by electric vehicle giant Tesla’s CEO Elon Musk in 2002, moved up two places to rank as the third most valuable start-up in the world. The Los Angeles-based company is now valued at USD100 billion, making it the largest unicorn in the US. "

"While the US and China dominate the global unicorn scene with a share of 74 percent, the rest of the world grew their share to 26 percent this year, compared with only 17 percent two years ago." The Hurun report explained.

India and the United Kingdom ranked third and fourth in the global unicorn league, with 54 and 39 unicorns, respectively. With Oxford Nanopore Technologies of the UK and BharatPe of India topping the list,

"Countries with more unicorns are seen as having more dynamic economies," Hoogewerf said.

Among global cities fostering the most unicorns, San Francisco topped the list with 151 unicorns, overtaking Beijing with 91. New York, Shanghai, and Shenzhen rounded off the top five with 85, 71, and 32 unicorns, respectively.

While half of the world’s unicorns have their origins in fintech, SaaS (software as a service), e-commerce, artificial intelligence, health tech, and cybersecurity, the metaverse, the latest sector that has caught the imagination of many companies, has yet to see a related unicorn, " Hoogewerf continued.

"A unique feature of China’s start-up ecosystem is the ability of big tech companies to spin off unicorns, with 49 of the world’s 50 ‘spun-off’ unicorns coming from China,"

"Curiously, the ‘World’s Big 4’ on the Hurun Global 500 most valuable companies, Microsoft, Apple, Amazon, and Alphabet, are not as active as their China counterparts when it comes to investing into unicorns," he concluded.