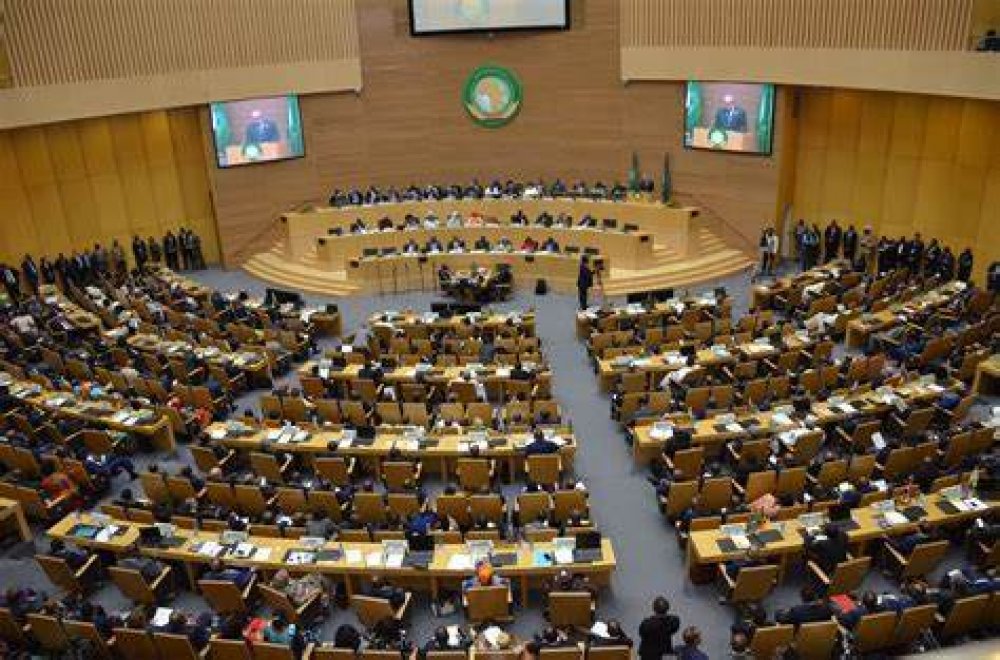 Collectively, Africa talks a good talk about Israel’s occupation of Palestine, but, individually, some African countries are happy to look the other way when it comes to the Israeli occupation.

The African Union is one of Palestine’s most loyal allies, but, individually, some African countries are happy to look the other way when voting at the UN when it comes to Israel’s occupation of Palestine, writes Suraya Dadoo.

When the African Union (AU) concluded its 34th Summit two weeks ago, the continental body sharply rebuked Israel over its continued violations of international law as the occupation of Palestine enters its 54th year. The Summit’s final statement highlighted the Israeli military’s use of lethal, unlawful force against Palestinian civilians.

Side-eyeing Malawi and Lazarus Chakwera, the AU called on its members to refrain from any actions that undermine the international legal status of East Jerusalem as the capital of the future Palestinian state - particularly moving their embassies to Jerusalem. Last year, Chakwera’s administration announced intentions to establish Malawi’s embassy in Jerusalem.

The AU also reiterated the illegality of all Israeli settlements in the West Bank, East Jerusalem and Syrian Golan Heights. African leaders also affirmed support for the creation of a Palestinian state within 1967 borders with East Jerusalem as its capital.

Such an uninhibited, comprehensive condemnation of the Israeli regime is not surprising. Palestine has always been prominent during meetings of Africa’s leaders. Palestinian leader, Yasser Arafat, often attended and addressed meetings of the then Organisation for African Unity (OAU).

In 1975 the OAU even declared that “the racist [Israeli] regime in occupied Palestine and the racist regime in Zimbabwe and South Africa” share the same structure and policies that aim to repress the dignity and integrity of those under its rule.

Year after year, at the OAU and then later the AU, Africa’s leaders reiterated support for the Palestinian struggle. In 2013, the AU granted Palestine non-member observer status.

And it’s not just at the AU that Africa speaks out for Palestine.

At the UN Human Rights Council (UNHRC) in Geneva, the African Group - as the African bloc is known there – consistently highlights the Israeli regime’s colonization of Palestinian life and land when speaking during the general debate on Item 7 of the UNHRC agenda. Item 7 is the human rights situation in Palestine and other occupied Arab territories.

Collectively, Africa talks a good talk about Israel’s occupation of Palestine, but, individually, some African countries are happy to look the other way when it comes to the Israeli occupation.

For instance, in December 2017, the AU rejected Donald Trump’s recognition of Jerusalem as the capital of Israel. Two weeks later at the UN General Assembly, 128 countries voted in favour of a resolution declaring Washington’s Jerusalem position “null and void”. However, Rwanda, Cameroon, South Sudan, Benin, Uganda, Malawi, Lesotho and Equatorial Guinea abstained from voting. Togo voted against the resolution.

Six months later on 14 May – as Israel killed 62 protesters in the Gaza Strip and wounded 2700 others - representatives of Angola, Cameroon, Congo, Democratic Republic of Congo, Ethiopia, Kenya, Rwanda, South Sudan, Tanzania and Zambia hobnobbed with Ivanka Trump at the inauguration of the US embassy in Jerusalem.  In doing so, they lent support to Israel’s illegal annexation of occupied East Jerusalem.

In response to the May 14 bloodbath that had been compared to apartheid South Africa’s Sharpeville massacre, the UN Security Council voted on a resolution calling for the protection of Palestinian civilians. Ethiopia abstained.  At the same time, the UNHRC in Geneva voted to establish an investigation into Israel’s conduct at the protests in Gaza. Ethiopia, Kenya, Rwanda, and Togo abstained.

In December last year, the UN General Assembly adopted a resolution calling on the international community not to legitimate Israeli annexation of Jerusalem and the West Bank, by treating those areas as part of Israel. Israel was called on to recognize Palestinian sovereign rights to the natural resources in those occupied areas. Cameroon, Côte d’Ivoire, Ghana, Madagascar, Rwanda, South Sudan and Togo abstained from voting.

Some AU members have also made a mockery of decades of OAU and AU declarations affirming support for Palestinian self-determination. Cameroon has abstained from voting for the last five years on the UN General Assembly’s annual resolution on the right of the Palestinian people to self-determination. Côte d’Ivoire, South Sudan, and Togo withheld their vote several times in the same period. Liberia and Lesotho passed on voting in 2018 and 2019 respectively.

It is inconceivable that African nations – who have emerged from colonialism and occupation - refuse to endorse the basic right of the Palestinian people to have their own state.

Since 2016, Benjamin Netanyahu has embarked on an intensive African charm offensive. Israel is trying to lure African governments into silence at the UN using the promise of agricultural and water technology, aid and weapons. Israel is also seeking partners to lobby the AU to grant it observer status.

“Our desire for friendship with every other nation does not mean that we can be unconcerned with world events, or that we should try to buy that friendship with silence on the great issues of world peace and justice,” warned Tanzanian freedom icon, Julius Nyerere over 50 years ago.

Undoubtedly, the African Union is one of Palestine’s most loyal allies, unequivocally condemning Israeli atrocities. Yet, the AU has never publically called out its members whose silence at the UN contradicts its own declarations on Palestinian rights. It is now time to do so.

Suraya Dadoo is a South African writer. Find her on Twitter: @Suraya_Dadoo

This piece was first published by IOL (South Africa).

Opinions expressed belong to the author of this article and they are not necessarily the official position of Allnews.ng