Tinubu: Chatham House Was A Show Of Shame, Embarrassment To Nigeria — Atiku's Camp 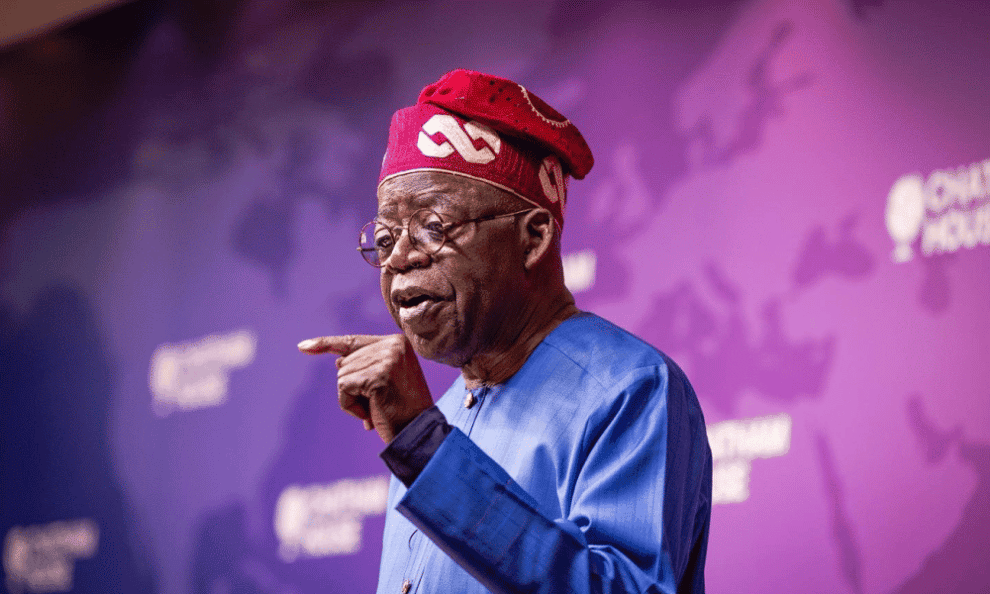 Bola Tinubu's recent conduct in Chatham House, London has been called a show of shame and an embarrassment to Nigeria by the Atiku Support Organisation (ASO).

Tinubu spoke in an interactive session in the aforementioned location and questions on how he would tackle the nation's most pressing issues were thrown at him.

According to ASO, Tinubu deflecting some of the questions to his party men at the conference room was proof that he has no atom of capacity to govern a country as Nigeria.

In a statement issued on Tuesday, the organisation stated that Tinubu's mental faculties have shown a complete mark of deterioration.

“The fact that Bola Tinubu couldn’t provide answers to basic questions, especially on how to improve bilateral ties in the area of defence with the United Kingdom, but called on El-Rufai, Gbajagbiamila, Betta Edu and co to rescue him shows that Nigeria may be in for a major calamity ahead.

“In fact, the entire program by the APC at the Chatham House was a show of shame and an embarrassment to Nigeria.

“It is now clear to all Nigerians why Tinubu dodged the AriseTVTownHall debate. His mental facilities have shown a complete mark of deterioration, and he can not face a one-on-one debate or conversation about his plans for Nigeria.

"A continuation of the APC government will be a major disaster for Nigeria.

“As the 2023 election draws closer, we wish to call on Nigerians not to be deceived or misled by the APC to bring calamity upon the nation. We have had enough under President Mohammadu Buhari", the statement reads.