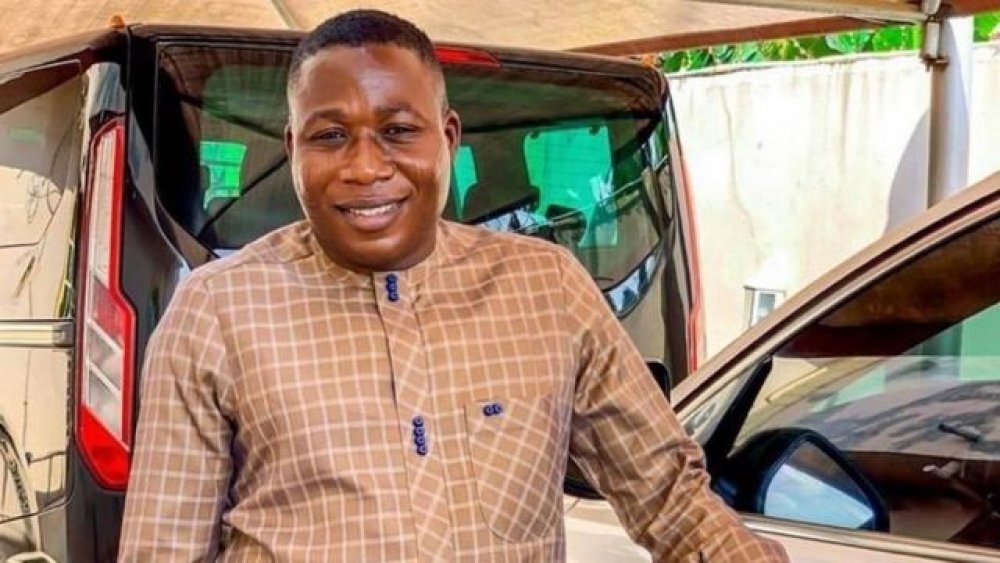 Rights activist, Sunday Igboho, has launched an attack on Oba Enitan Ogunwusi, the Ooni of Ife, National Leader of the All Progressives Congress (APC) Bola Ahmed Tinubu, and the Governor of Oyo State, Seyi Makinde, describing them as Fulani slaves.

The activist went further to berate some other traditional rulers in Yoruba land, accusing them of not showing enough support for the struggle to liberate the Yoruba from their ”Fulani oppressors”.

Igboho spoke at a virtual town hall meeting with Yorubas In Diaspora group that started late night on Tuesday and ended at the early hours of Wednesday. He pointed accusing fingers at the Ooni and others, saying that they were only interested in their own gains.

The activist, who is fast becoming popular in the South West, said, “I am not concerned about the police. The struggle is about the Yoruba agenda as it concerns the security situation in our land and I trust the Yoruba people for support.

READ ALSO: SUNDAY IGBOHO: A Short Video On Who The Oyo Warrior And Human Activist Is

“When Ooni visited Buhari, the president received him by standing up but he said something I don’t like. That is why the Alaafin called me. He wants to tackle what Ooni said.

“Ooni should be able to tell Buhari about what Yoruba wants. But he has collected dollars from Buhari. He called me but I don’t want to see him.

“Only Alaafin is supporting us and he has written a letter to the president. Ooni disappointed me. Politicians are with him,” he added.

“Our leaders are lazy and slaves to Fulanis. They visit Abuja to collect money, we will attack them and destroy their property. Ooni should be dealt with. I am annoyed. Why should we be afraid of the crown they (Yoruba monarchs) wear?

“Tinubu and other Yoruba politicians are Fulani slaves. We need not be afraid. I have not collected any money from anyone. I am a full Yoruba man and I will not allow Fulani people to enslave me, we do not look or behave alike in any way. The herders should go. Makinde is also a slave to the herders because of second term ambition,” Igboho said.

AllNews Nigeria understands that Igboho became popular after he issued a seven-day ultimatum to the Fulani community in Igangan, a town in the Ibarapa Local Government Area of Oyo State.

He made good his threat to evict the Fulani from the town when he gathered his supporters, stormed Igangan and confronted the Seriki Fulani.