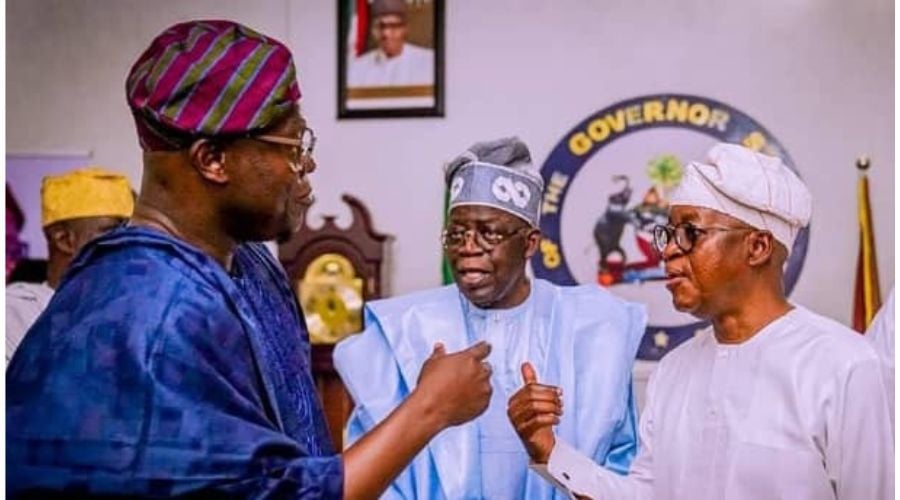 Senate spokesperson, Surajudeen Ajibola Basiru has congratulated Asiwaju Bola Tinubu on the new feat of becoming the standard bearer of the All Progressives Congress (APC) in the 2023 presidential election.

In a signed congratulatory message, Basiru who is the Senator representaing Osun Central Senatorial District stated that Tinubu's phenomenal success at the party's convention was pay back time for a man who stands as the rock of Gibraltar who has lived not only for himself but largely for others.

"Your emergence as the presidential standard bearer of our great party is a reflection of the love people have for you, having served as a political bulwark for others at the expense of your own meteoric rise and building a political empire, all of which have combined to form a platform for this titanic victory. Congratulations Sir.

"You have taught us and shown that focus, doggedness, sincerity of purpose with a large heart are instrumental in sailing through the proverbial murky water of politics without sinking.

"I'm happy to belong to your school of thought in politics.

"Bola Tinubu who transformed Lagos to one of Africa's largest economies, raising its revenues from a few millions to billions, changed Lagos status of being infamous for slums and dirt, has not only the magical wand but the intellectual prowess and administrative acumen for the realisation of a greater and more unified Nigeria."

He opined that Tinubu's victory did not come on a platter of gold and was not served àlà-carte as he had survived onslaught from both the military and civilians, gone hungry for others to eat their fill and triumphed over adversaries with sociable mien and open mind to calumnies.

Senator Ajibola Basiru observed that the time is now for all progressives to come together, gird their loins and work towards victories for the party in all elections, stressing that Osun and Nigeria should not be allowed to be pushed again into the back waters of development.