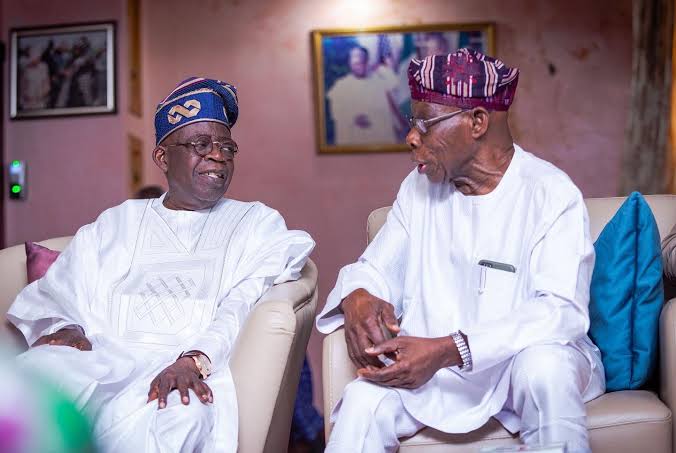 On Wednesday, August 17, 2022, the presidential candidate of the All Progressives Congress (APC), Bola Tinubu, stormed the residence of elder statesman and former president of Nigeria, Chief Olusegun Obasanjo, to 'consult' with the Ebora of Owu regarding his presidential ambition.

The visit, however, like those of others, generated a lot of social media buzz with those on the other side of the political fence making a mountain out of a molehill.

Before you could blink, social media private investigators dug out videos of Bola Tinubu in 2019 when he hit below the belt and branded Obasanjo the chief election rigger in Nigeria's history.

Tinubu, like a fiery preacher on the pulpit, preaching condemnation and damnation, called out Baba Obasanjo and his role in election rigging. 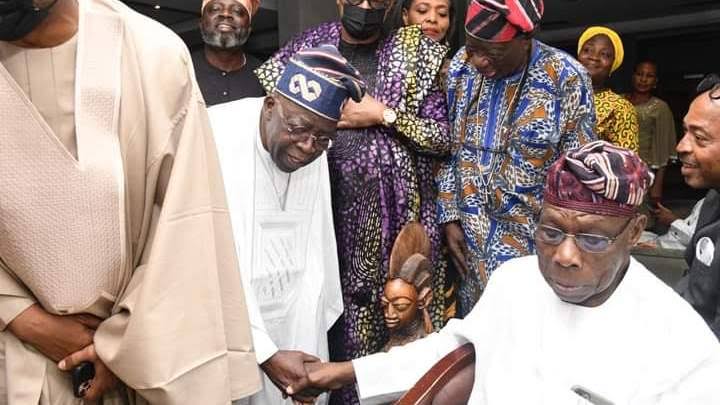 In his exact words: "In year 2003, ask Umar of blessed memory Shehu Yaradua, what are you going to do with the election in Nigeria.

"He said the election that brought me as a president of the country is fraud and I will reform it, is that not correct?

"Who conducted that election? Obasanjo is the greatest election rigger in this country."

For the accidental social media political analysts, Tinubu went back to his vomit, like many other politicians before him.

However, the tears remain one of the reasons why politicians will always have the last laugh.

What did they really expect? That Obasanjo would shut his doors to the godfather of Lagos politics?

Or that Tinubu will be so blinded by ego that he would shun the chance to reach out to Baba like others before him did?

Expecting the latter is a testament to how much they underate Tinubu and in a larger sense, politicians.

The average Nigerian politician is so shameless and unprincipled that he would sell his mother and denounce his father to attain political position.

Why would they not? Ours is a system whereby the quickest route to making it big is via politics.

Why did Tinubu's visit even deserve another thought? He is not the first politician to eat his words.

Aside from receiving outrageous pay and allowances, what politicians do for a living is eating their words.

The words of the Nigerian politician are like their morning meal; a breakfast to kickstart their day, one they don't toy with.

Every healthy person knows how important the first meal is.

What makes this more hilarious, at least for some of us who are not game to the gimmicks of politicians, is that the three major candidates for the 2023 presidential election - Peter Obi, Atiku Abubakar of the Peoples Democratic Party (PDP) and Bola Tinubu are all guilty of such and Tinubu shouldn't be crucified alone.

He needs the other two to complete the low version crucifixion of our Lord Jesus Christ - one on the right, middle and the left.

Peter Obi swore that he wouldn't leave the All Progressives Grand Alliance (APGA) for another party.

He didn't only leave for the PDP, he also abandoned ship for Labour Party.

An ordinary visit to Obasanjo by Tinubu is just another of the many aces up the sleeves of these politicians masquerading as lovers of the people and as such, they don't deserve our cries.

What matters is seeing through them and knowing what they will do to another to attain political office.

For Tinubu and others, expect more surprises as we approach 2023.

2023: Why 'Everyone' Wants A Merger With Kwankwaso

Aisha Buhari: How Free Should Free Speech Be?

ANALYSIS: Why Tinubu Calls Himself Father Of Nations

2023: Why 'Everyone' Wants A Merger With Kwankwaso

Aisha Buhari: How Free Should Free Speech Be?

ANALYSIS: Why Tinubu Calls Himself Father Of Nations