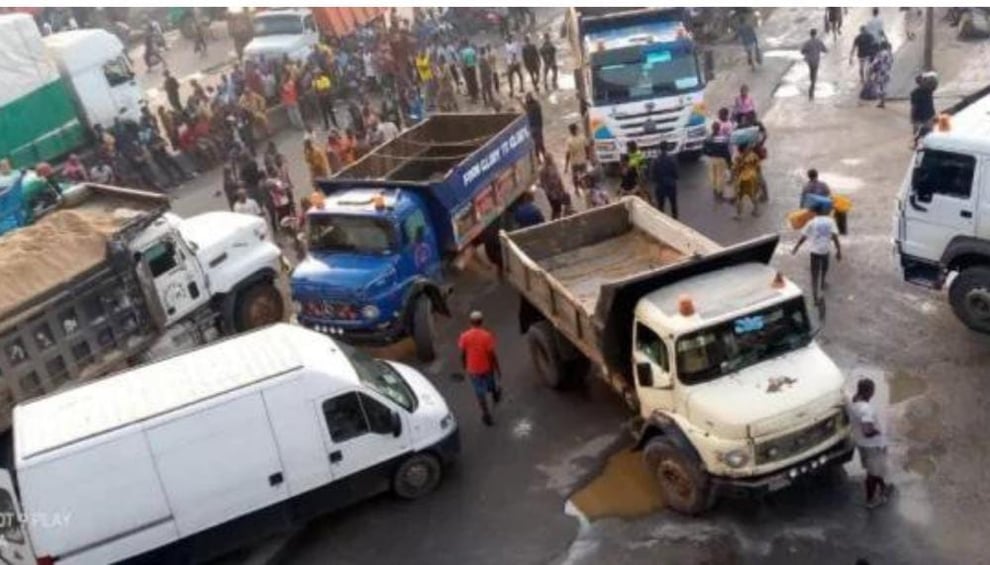 The Tipper Drivers Association in Anambra State have blocked the River Niger Bridge over an alleged N1,000 extortion by Naval officers stationed at the bridge in Onitsha.

It was gathered that the protest started around 3 am on Saturday when some Naval officers shot and damaged the tyres of one of the drivers’ trucks for refusing to part with the N1,000 they demanded.

The commotion, however, degenerated into a protest in the early hours of Saturday as the tipper drivers barricaded the highway blocking the Head Bridge.

This prevented movement to and fro the area, thereby causing a total shutdown of the road.

The President-General, Great Tipper Drivers Association, Ebuka Unekwe, revealed that that the crisis started at 3 am on Saturday following “incessant molestations and dehumanising treatment meted out on them by naval officers in the area.”

Meanwhile, the state Police Public Relations Officer, DSP Ikenga Tochukwu, said that he received a distress call from someone whom he said alerted him of a heavy traffic gridlock at Owerri road axis.

Though he said the circumstances surrounding the cause of the traffic have not been ascertained, police operatives have been deployed to maintain law and order.

The state sector commander of the Federal Road Safety Corps, Adeoye Irelewuyi, on his part, said that the unit commander in Onitsha was already in talks with the tipper drivers to ascertain the remote cause of the traffic gridlock.

Irelewuyi assured the public that the impasse would be resolved amicably to allow for free flow of vehicular movements, adding that FRSC officers had been deployed in the scene to control traffic.