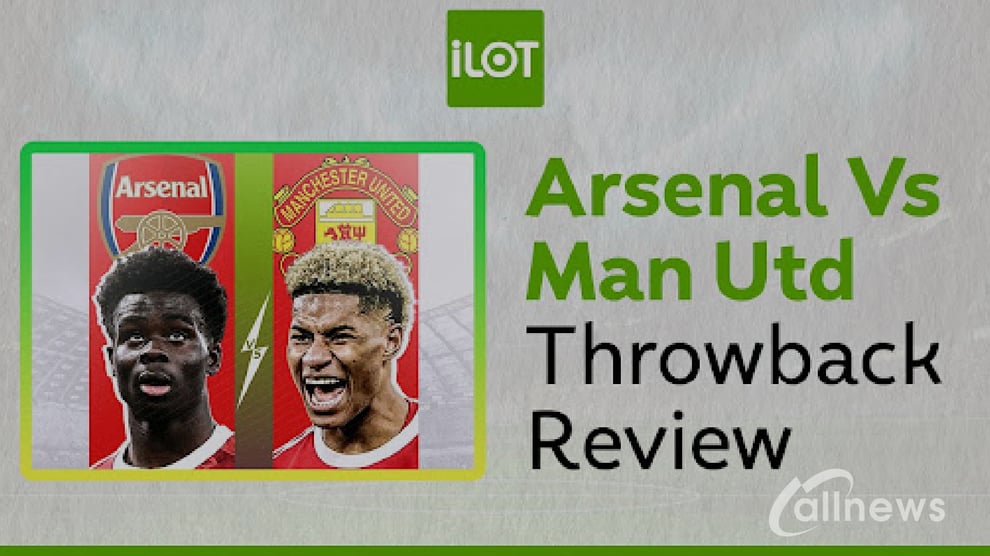 The Greatest Rivalry EVER! Bet on your favourite Premier League matches on iLOT.

The idea of Arsenal and Manchester United going head-to-head for the Premier League title feels like a throwback to a bygone era many younger fans will never have known.

Arsenal forward Bukayo Saka was only 2 years old when Arsene Wenger’s “Invincibles” won the London club’s last title in 2004. He was 11 when United last won in 2013. The same goes for some players.

Both teams, however, went into Sunday’s match at Emirates Stadium with a statement to make, knowing victory would be a significant boost to their respective title ambitions at the expense of the other — even if doubts remain over their credentials to break Manchester City’s dominance.

Arsenal leading the way at the top of the standings, with last week’s north London derby win over Tottenham, the latest evidence that the team coached by Mikel Arteta is a genuine contender.

While United’s momentum took a blow on Wednesday when conceding a stoppage-time equalizer against Crystal Palace, victory against City last week was another sign of the ongoing improvement under manager Erik ten Hag.

United has lost only one game in its last 20 in all competitions, winning 16 on that run, but Sunday’s match at the Emirates stadium put an end to it.

Statement wins do not come much louder than this.

It will resonate throughout the Premier League, and certainly in the blue half of Manchester as well as the red, as Arsenal showed a phenomenal relentlessness that might just help propel them to their first Premier League title in two decades.

At the final whistle, seconds after Eddie Nketiah forced the winning goal with cat-like reactions as he just managed to keep himself onside, it felt like a lift-off.

The stadium erupted. It almost shook. It reverberated with relief, joy, belief, emotion and raw energy of alluring fans. What a ride. “Beautiful,” Mikel Arteta called it, and for Arsenal it was.

A campaign that started with hopes of a top-four finish now has far greater ambition.

Quietly, though, Arsenal will be delighted that they are not just five points ahead of City, but 11 in front of United, and 17 more than fifth-placed Tottenham Hotspur and are an astonishing 21 points ahead of Chelsea and Liverpool.

Not only that, but they also have a game in hand over the rest of the top four.

Old foes rivalry gave us something to talk about this past weekend, with lots of big wins on the best sports betting platform in Nigeria.

What are you waiting for? Place a bet on your favourite Premier League Matches on iLOTBET today.