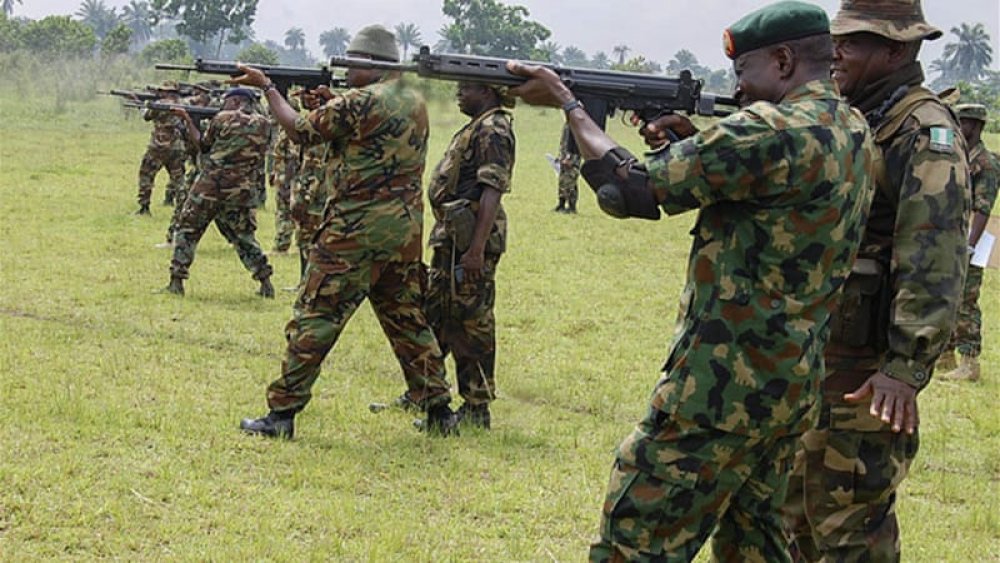 To our dear officers across all the armed forces in the country, is it possible that you interact with civilians without appearing like a threat to their lives? Wielding your weapon of discipline when engaging in situations that would require just a simple human touch seems like an overkill.

Early on a Thursday morning, as I commuted to work, I came across a disheartening sight, one that has burnt an indelible image into my mind. A naked woman, who appeared to be mentally unstable, was flanked by officers of the police force, brandishing their infamous koboko, while some had their guns slung over their shoulders, ostensibly trying to get the woman off the walkway and ultimately out of public view.

A quick glance at her face and it was obvious that this woman was terrified of the men before her, as her hands were midway into the air in front of her like a person surrendering to an incoming threat.

One could argue that the woman being in the state she was could become aggressive and cause injuries to the officers, therefore, the officers needed to approach the situation with the most threatening stance possible to achieve their aim; this would have made sense if members of the force in this country were known to generally respond to threats proportionally.

It brings to mind scenes in foreign movies, in domestic situations, where police officers would try to negotiate with the offending individual, only resorting to force when the situation flies off the handle.

Nigerians are constantly at the mercy of the men and women in uniform not knowing how to, in the most humane way possible, interface with the rest of the civilian population without using some form of aggression.

READ ALSO: May The Buharis Lead By Example

The Nigerian armed forces rules of engagement and code of conduct as enshrined in the 1999 constitution states, "The principle of minimum force and proportionality must be applied at all times; whenever operational situation permits, every reasonable effort shall be made to control the situation through measures short of using force, including personal contact and negotiations; the use of lethal force shall only be resorted to if all other means to control the situation have failed or in case of unexpected attack or suspected Improvised Explosive Device (IED) attack during which a delay could lead to loss of life or serious injury to personnel; and that any force applied must be limited in its intensity and duration; it must also be commensurate with the level of threat posed.

"Force shall be used only when absolutely necessary to achieve an immediate aim."

This makes one to wonder if the men and women we see in uniform, enforcers of law and order and protectors of lives and properties, are given an adequate amount of orientation on the rules of engagement during their entry into the force.

During the call for the overhauling of the Special Anti-Robbery Squad (SARS) and suffficiently after, many Nigerians worried about the mental state of these women and  men in uniform, as it affects the force-civilian relationship.

Deaths of civilians have been reported and are continued to be reported in the country as situations where the barest amount of force would have been employed to resolve the case is substituted with steamrollering.

It is not uncommon to hear people say "Soldier no dey hear come, na only go"; meaning that they attend to issues without the slightest of restraints.

When it comes to domestic matters, one would expect that these individuals who are charged with the task to serve the citizenry would act as "advertized", but in reality, the case is not always so.

Early this year, and I found that this is an annual occurrence, a video showing a group of cadets of the Nigerian Defence Academy (NDA) blocking major highways in parts of the country, daring anyone to stand up to them went viral

The stunt is known as 'Plumming 101' and is usually carried out by these cadets on Christmas and during the New Year.

In the video, as the person behind the camera panned the area, you could observe that some of the cadets got out of their vehicles, dancing the popular 'Zanku', while the road users on the other end sat in their vehicles looking on defencelessly.

These are the future of the force. Individuals whose job descriptions are obviously not clear to them. Individuals who couldn't care less if the words, "rule of law" was extant.

Nigerians are oppressed daily by various groups and people in positions of power, and our men and women in uniform who supposedly have vowed to dedicate their lives to protect the vulnerable citizenry are constantly taking the oppression spotlight, ensuring that Nigerians recognize their place in the force-civilian relationship, afterall, aren't we all "bloody civilians?"