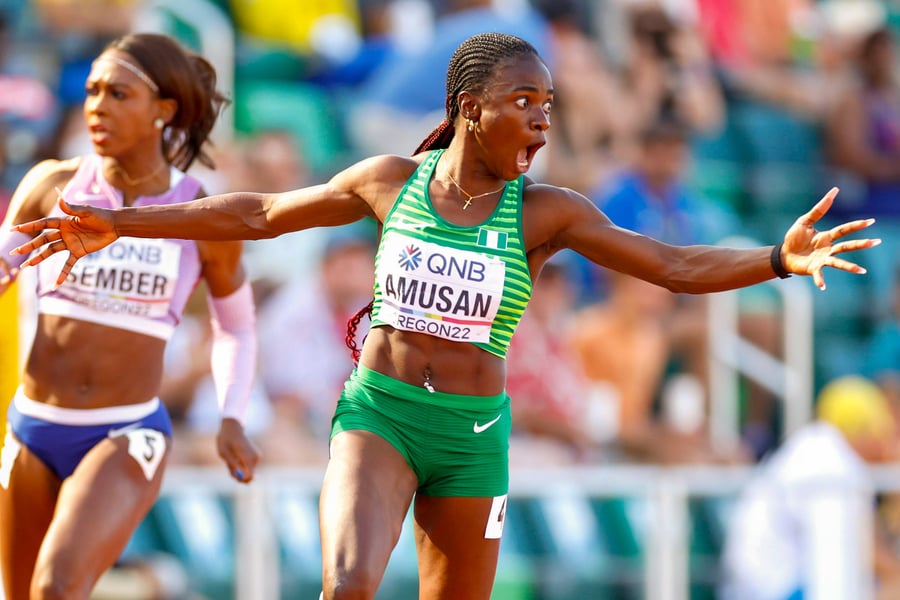 Nigerian Athlete Tobi Amusan broke two world records in one night at the ongoing World Championship in Oregon USA to win a Gold Medal in the 100m hurdle race on Monday morning.

She became the first Nigerian World Record champion and gold medallist in the 100m hurdles.

Amusan, 25, started her feat on Saturday when she broke her African personal record of 12.41, she ran the race in 12:40 seconds.

She then progressed into the semifinal to face reigning African Games and African Championships Alia Armstrong who recorded 12:48s.

But Amusan had no one to fear as she breezed past all of them in the semifinal to finish the race in 12:12s breaking another record set by Kendra Harrison (12:20s).

Now to the final stage, in the early hours of Monday morning, Amusan set to the track and made a new World record of 12:06s.

Her winning time will not be recognised as a world record, however, due to a strong following win of 2.5 metres per second.

"Honestly, I believe in my abilities but I was not expecting a world record at these championships," Amusan said after her final victory.

"The goal is always just to execute well and get the win.

"So the world record is a bonus. I knew I had it in me but I could not believe it when I saw it on the screen after the semis.

"Before the final, I just tried to stay calm and to do my best.

"I took a deep breath knowing that I have some goal to accomplish and it worked pretty good.

"I knew it was very fast but not this fast."