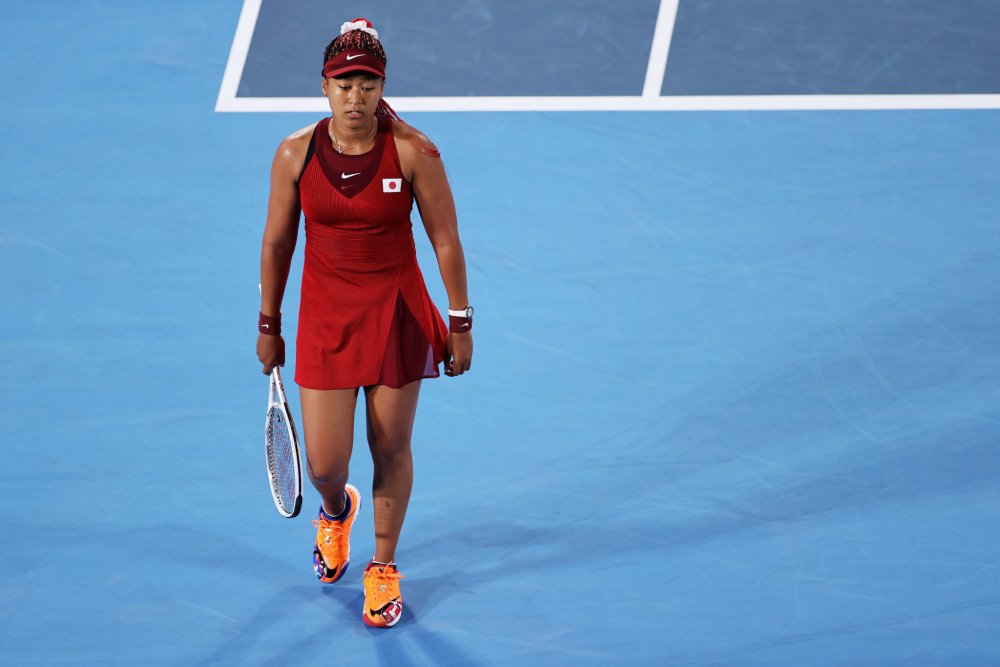 Naomi Osaka, who lit the Olympic cauldron on Friday to open the Games after a one-year postponement, looked out of sorts and never settled into a rhythm as she lost 6-1 6-4 in the third round to Czech Marketa Vondrousova.

The Japanese athlete was the first tennis player to light the Olympic Cauldron.

Her departure left Japan without its best known global sporting figure in the Olympics, one whose multi-ethnic background contrasts with the image of an insular and male-dominated country that emerged in the run-up to the event.

"I think it's maybe because I haven't played in an Olympics before and for the first one to be here was a bit much," she said.

It was her first tournament since she pulled out of Roland Garros in May. The women's tennis tournament has now lost both of its top drawcards after Australia's world No 1 Ash Barty was beaten in the first round.

The Games are taking place under a state of emergency and without spectators, an unprecedented event in the history of the modern Olympics.

Tokyo reported 2,848 infections on Tuesday, in line with warnings from health experts that the summer would bring a rebound in Covid-19 cases due to increased mobility and the spread of variants.

Most Japanese opposed holding the Games amid the pandemic, especially as the healthcare system has been pushed to the brink in parts of the country.

Games organisers have reported a total of 155 cases associated with the Olympics, a tiny percentage given the tens of thousands of people who have come from abroad.

Tokyo's virus cases are counted separately from those reported in the Olympic village. Athletes and other officials who have travelled from abroad are separated from the public.