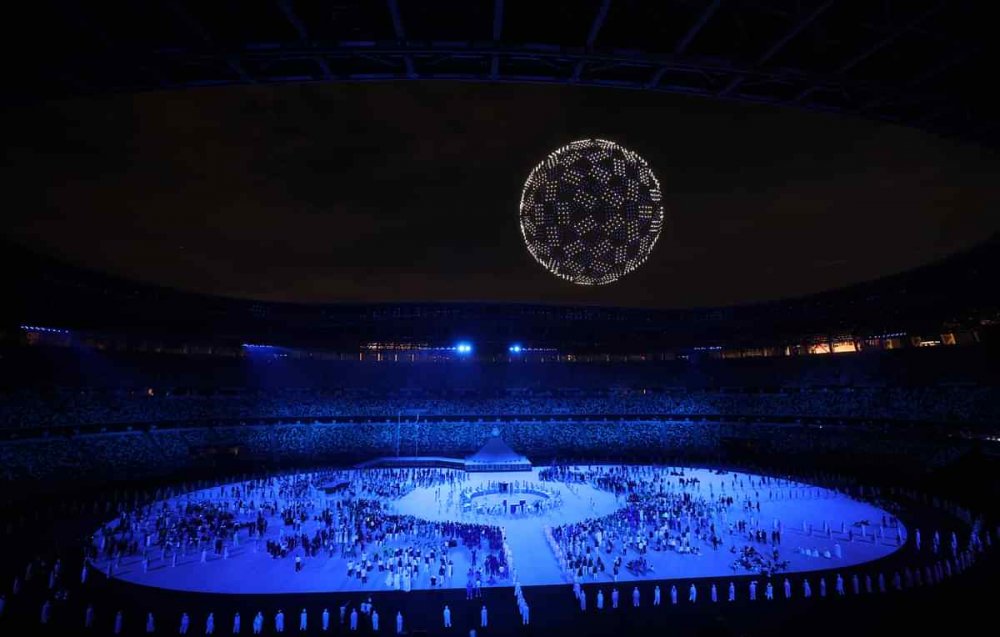 The opening ceremony of the Tokyo 2020 Olympics on Friday featured 1,824 drones flying over the National Stadium in Japan. These drones created the Tokyo 2020 emblem and then transformed into a revolving globe high in the sky.

These drones were at first arrayed in the symbol of the 2020 Games, then they took on the shape of the Earth before a presentation of John Lennon's "Imagine," which was reworked by Hans Zimmer for the Olympics, played across the stadium. 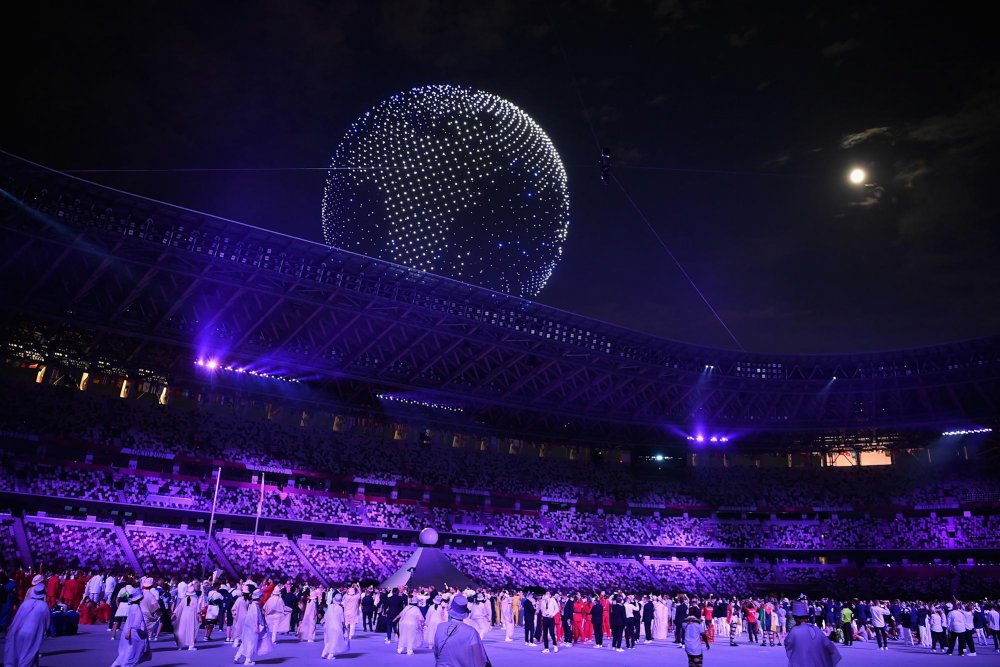 Drones display shape of the earth at the Tokyo 2020 Olympic

While the Olympic Stadium was largely empty because fans had been banned, the Olympians who took part in the parade of athletes got an extra special view of the display. 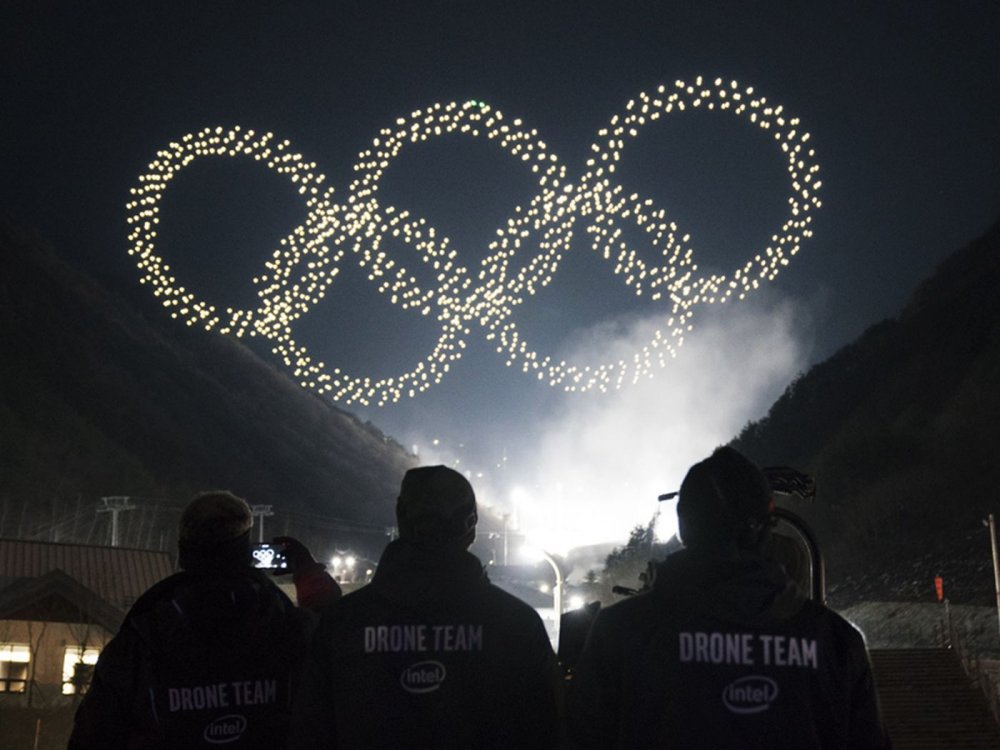 The host country captivated viewers with the parade of nations, which featured an orchestrated video game soundtrack, and then showed off the type of creativity it's known for with a performance involving the Olympic pictograms.

A company spokesperson confirmed the drones were from Intel, which has put on memorable shows around the world including the 2019 Super Bowl Halftime Show.

This isn't the first time drones have played a big part at the Olympics in recent years. In 2018, drones were used as part of a light show at the PyeongChang medal ceremony.

At Super Bowl LI in 2017, a pre-taped segment featuring 300 Intel drones forming the US flag punctuated Lady Gaga's halftime performance. But even with fewer drones involved, the Tokyo drone show was still impressive.

Earlier this year, the biggest drone display was a 3,281 Hyundai-owned car brand Genesis put on in Shanghai, China. But even with fewer drones involved, the Tokyo drone show was still impressive.

Video of the biggest drone display at the

A light show had also been planned for the 2018 Winter Olympics Opening Ceremony but had to be scrapped due to unexpected last-minute “logistical challenges.”