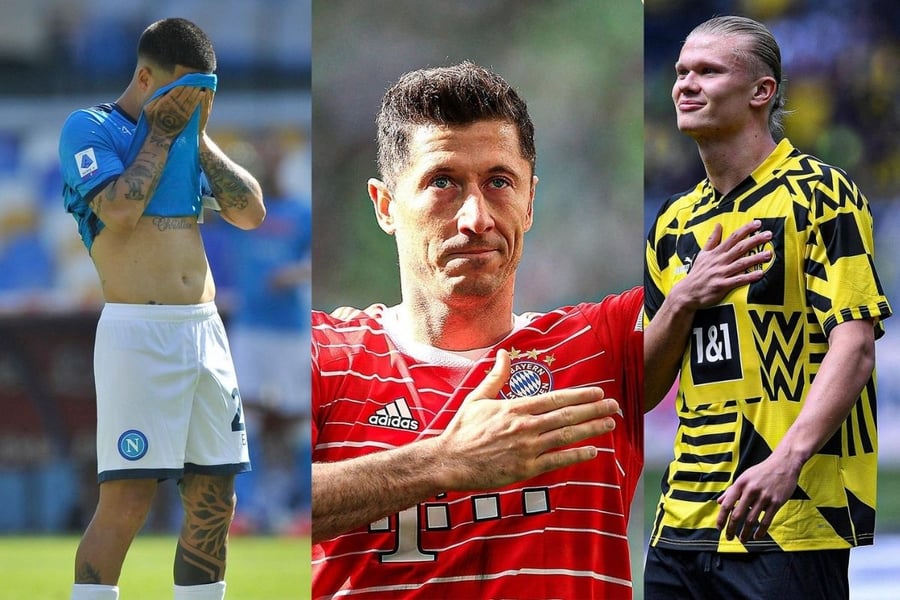 Farewell is a constant thing in life and even more often in football. It is usually a huge thing for a player who has spent most of his playing days or had an incredible time at a club.

AllNews compiled some lists across Serie A, Bundesliga and La Liga despite some of the clubs having a game left in the season.

The Italian winger has been at Napoli for over a decade after spending loan time at Foggia, Pescara before moving finally to Napes.

The 30-year-old will be leaving the club for MLS side Toronto as a free agent.

Their last home game of the season was played in front of the home fans on Sunday, May 15th 2022, which gave Insigne the opportunity to bid farewell to fans.

It was an emotional scene as one of their living legends leaves the club after sealing a Champions League spot for them.

The match ended 3-0 with Insigne scoring the second goal and taking the man of the match award.

Unlike Insigne's case, Luis Suarez spent just two years at Madrid but his contribution to the La Liga success in his debut season earned him the trust and confidence at Rojiblancos.

After the 2013 season, Atletico Madrid have not won the league trophy but the transfer of Suarez from Barcelona last season saw them reclaim the La Liga crown.

With the Uruguayan striker in his twilight years, Suarez signed a year deal with Atleti, it was extended for a year after the La Liga glory but played a second fiddle role for most of the 2021-22 season, he would take his leave.

An emotional scene at the Wanda Metropolitano after Atleti drew Sevilla 1-1 to grab a Champions League spot.

He is now a free agent and available for any club.

For the Argentine playmaker Dybala, he has not played his last game for Juventus with a couple of games to the end of the season but his contract expires in the summer and he has made it clear he will not renew.

So he might well bid farewell to the fans when he gets the chance. A message on his Instagram account could be tagged as a farewell.

On his page, Dybala wrote "It is difficult to find the right words to greet you, there are so many years and so many emotions involved, all together ...I thought we would have been together even more years, but fate puts us on different paths.

I will never forget everything you made me experience, every game, every goal. With you I grew up, I learned, I lived and I dreamed.

It has been 7 years of magic, 12 trophies and 115 goals that no one will take away from us. Never. Thank you for supporting me in difficult times. Thanks to those who have accompanied me over the years: from the first to the last, from the fans to the people who work within the club, everyone, coaches and teammates, employees and managers.

Wearing this important jersey together with the captain's armband has been one of the greatest pride of my life, which I hope to show to my children and grandchildren someday.

Tomorrow will be my last match with this shirt, it's hard to imagine, but it will be our last goodbye. It will not be easy, but I will enter the field with a smile and my head held high, knowing that I have given everything for you."

Arsenal and Manchester United may be interested in his services but he surely has sent his farewell to Juventus.

The Norwegian striker has said his goodbyes on matchday 34 when Dortmund defeat Hertha 2-1 to keep their second place in the Bundesliga 2021-22 season.

His transfer to Manchester City was a done deal already despite the death of his agent Mino Raiola. 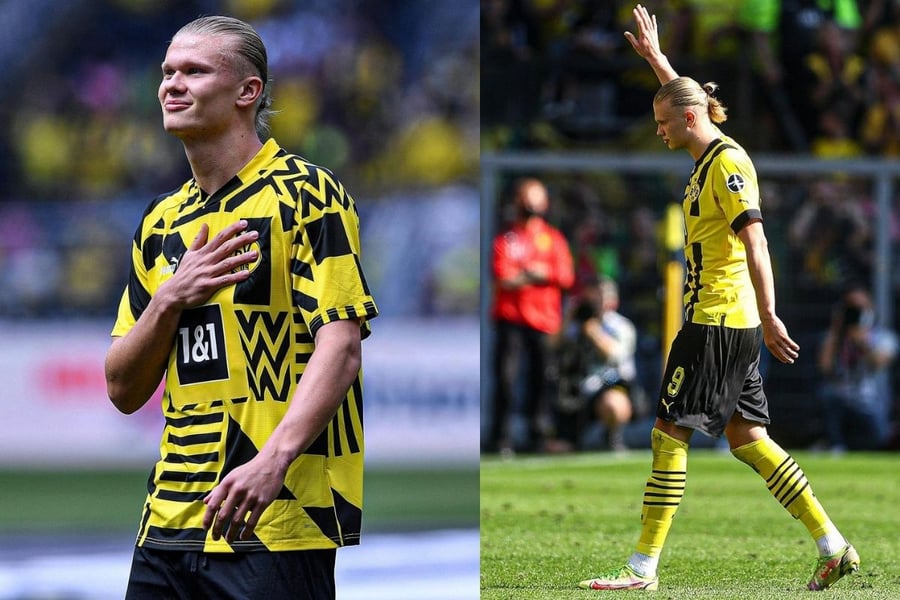 Dortmund have a breeding ground for several world-class players and Haaland has also seized the opportunity to build his confidence in taking on a more prominent role among Europe's elite clubs.

He endured an injury-stricken season but he managed to score 29 goals across 29 appearances.

After the match, Haaland said his goodbyes because when next he meets the BVB camp, it would be as the hungry beast that he is.

Lewandowski is on this list despite a year on his contract with the Bavarians but the gesture from the Polish striker showed his heart is no longer at Allianz Arena.

Barcelona have shown their interest in him but Bayern's President has reiterated their stance that he would finish his contract before any possible transfer.

Lewy said "It is very possible that this was my last game in Bayern Munich's colours", after Saturday's 2-2 draw with Wolfsburg. 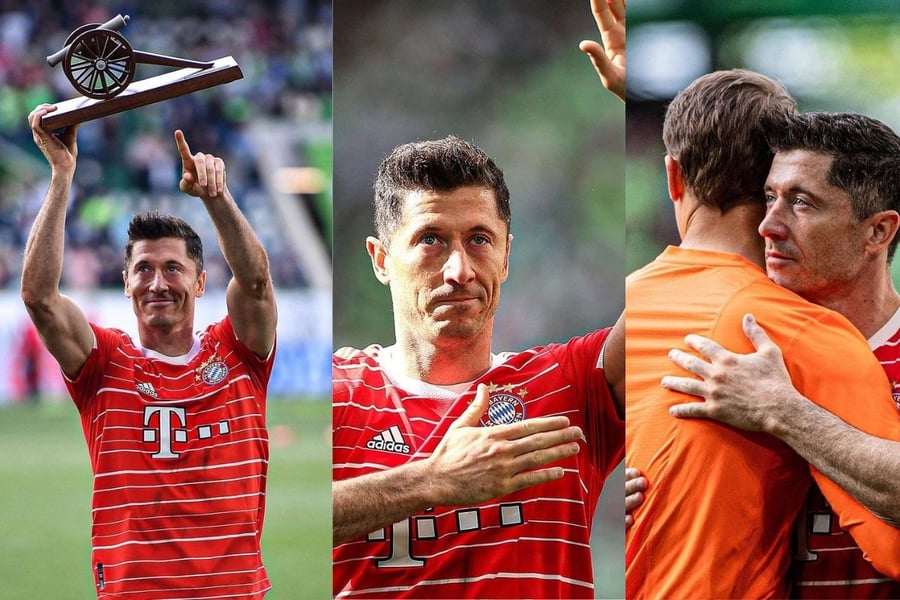 "We want to find the best solution for myself and for the club."

So if He ends up leaving Germany for Spain, he seized the opportunity on the last matchday to bid the fans at Bayern goodbye.