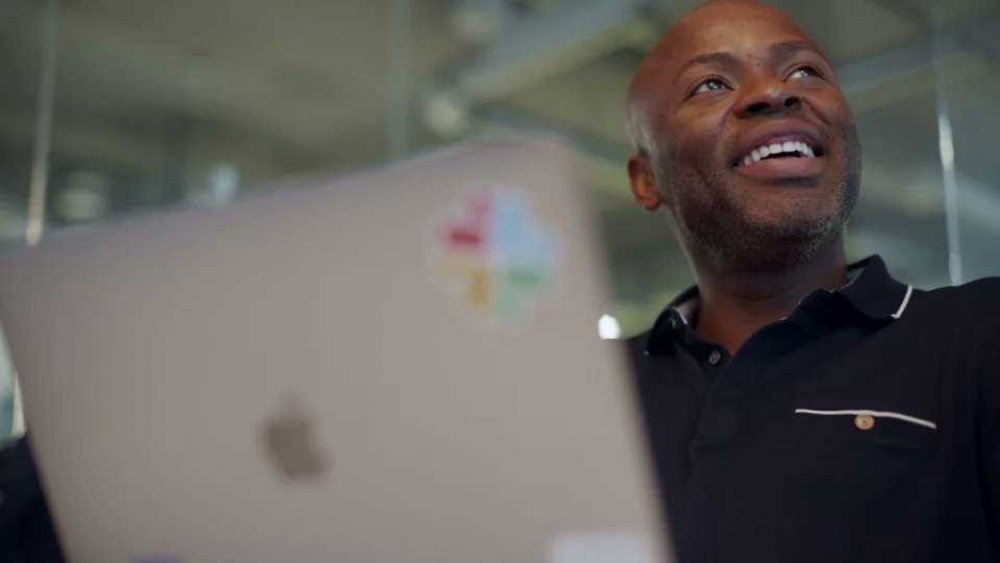 One of the recently celebrated Nigerians around the world is Tope Awotona, founder and CEO of Calendly. Calendly is a simple scheduling tool used to schedule meetings without all the back-and-forth emails.

The app got more usefulness in the wake of the COVID-19 pandemic. In a report by The Atlantic Business Journal, it has raised $350 million in the last round of funding. This was led by the OpenView Venture Partners with assistance from San Francisco-based Iconiq Capital.

Calendly is one of the fast-growing in the field. The subscription of the company’s revenue doubled to $70 million and currently, over 10 million people use the app every month to schedule their meetings. Below are a few things about him.

He was born in Lagos, Nigeria

Tope Awotona was born and lived most of his childhood in Lagos, Nigeria. He was the third of four children. He narrated that their house was always filled with people and laughter.

“I got into just the right amount of trouble growing up…to where I had a lot of fun, but no one ever called my parents. I knew exactly what I could get away with and toed that line,” Awotona narrated.

His Mom worked with the Central Bank of Nigeria as a Chief Pharmacist. His Dad, a microbiologist, worked at the Nigerian Division of Unilever but he had an entrepreneurial heart.

His parents were two sides of life. His Mom came from a wealthy family while his Dad came from a poor and broken home. His father escaped the circle through a lot of hardwork and a bit of luck.

These two parental perspectives helped him to set goals for himself in life.

“Lucky to have two of the coolest parents in the world.” Awotona has said.

His Dad was the more lenient and easy going one, a beloved father with a big heart. His Mom was quite conservative- a tough woman who was ambitious, driven, and strict. She was always asking “What is your plan looking like in the next 10 years?” 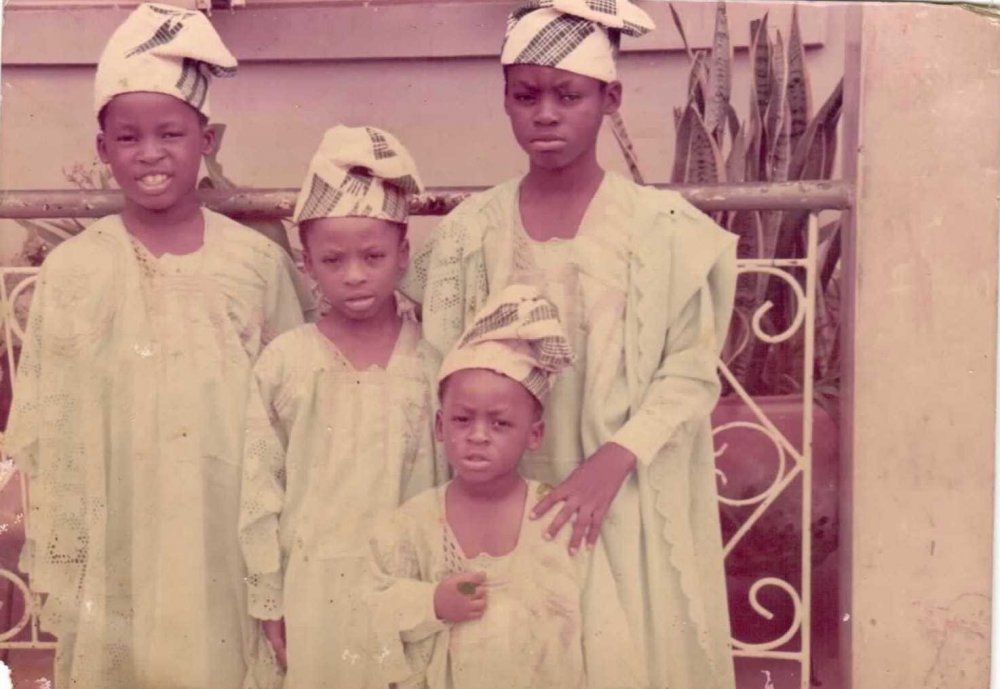 At 12, He Watched His Father Being Shot Dead

Tope was 12 when he saw his father being followed by a group of men to their home, the men asked for his father’s car keys. As his father released the keys, he was shot and killed.

This sent him to a six-month trauma where he couldn’t eat nor sleep. His dream was shattered as his mentor and father taken away.

His father had earlier resigned his position at Unilever to build his company. Tope then took the decision to take up the torch.

Thus, he decided to fulfil his father’s dream of becoming a successful entrepreneur. He then focused his attention to his study to begin his success journey.

His Journey to America

“It was super frustrating. I felt like I was wasting time because I had my plan in place,” he said.

“My mom was wise. Those two years helped me assimilate well to the US and gave me time to learn the culture here,” he admitted that it worked out well.

Tope graduated from high school and moved to University of Georgia to study Management Information Systems.

YOU MAY LIKE: See Four Nigerians Joe Biden Has Appointed into US Public Offices in Three Weeks

Tope Awotona had recorded failures on three different startups before recording success Calendly.First, he decided to build a dating site after reading a New York Times article about PleantyofFish.com.

Tope was inspired about the founder, who was making $10m per year working ten hours per day.

He looked up their website, believing in himself that he could build something better. He created “Single To Taken” with the abbreviation STT Media.

Realizing that he did not have the means or skills to do it the way he wanted, the website was never launched.

“I didn’t know anything about projectors! And honestly? I didn’t want to know about them.” Tope said he didn’t sell many and the margins were terrible.

His third startup was an e-commerce site to sell grills. He moved from selling projectors to selling grills by building yardsteals.com.

Here, he recorded a bit of success in selling knock-off Big Green Eggs. He soon realized he had the exact problem.

Although he was pulling profits but he was not passionate or had little knowledge of what he was selling.

“Once again, I didn’t know anything about grills and I didn’t want to! I lived in an apartment, and never even grilled,” he said.

The Journey to Calendly 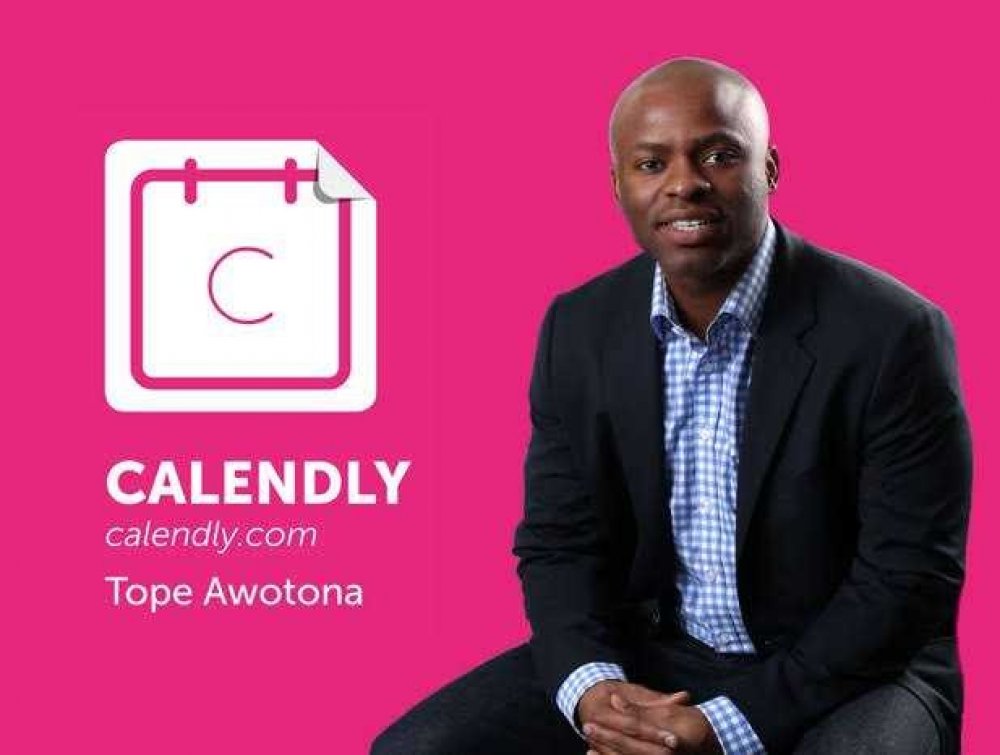 He spent seven years working in a sales job. To build his entrepreneur dream, he spent his evenings and weekends trying to build his business. He later rose to sales leaderboards.

One day, Perceptive had a staff meeting where their founder, Scott Coons, told how the company went from idea to fruition.

The story had diverse twists and turns, but the company learned from mistakes, kept persisting and it still led to great success. He learned that actions must be taken when opportunity comes and one must stick with it.

“It made entrepreneurship all of a sudden more attainable. I knew if they could do it, I could too,” he talked about his inspiration.

Tope looked at his mistakes and realized that he had been focusing on making money. He vowed that he would not succeed until he focused on a problem, he was passionate in solving.

He had spent a day going back and forth over email to schedule meetings. This made him start searching for a scheduling tool. All the products he found were slow and clunky.

He went on rigorous research and decided to go all in this idea. He put every of the money he had made in the new business.

“I fell in love with the atmosphere, everything the building stood for, and just the excitement and the passion of the people there. Everyone was building something, and I knew instantly that I wanted to be there.”

David Cummings’ attention was caught when villagers started using it and tweeting about it.

Ultimately, this led to Tope’s first investment with Atlanta Ventures that took Calendly into its next phase of growth.