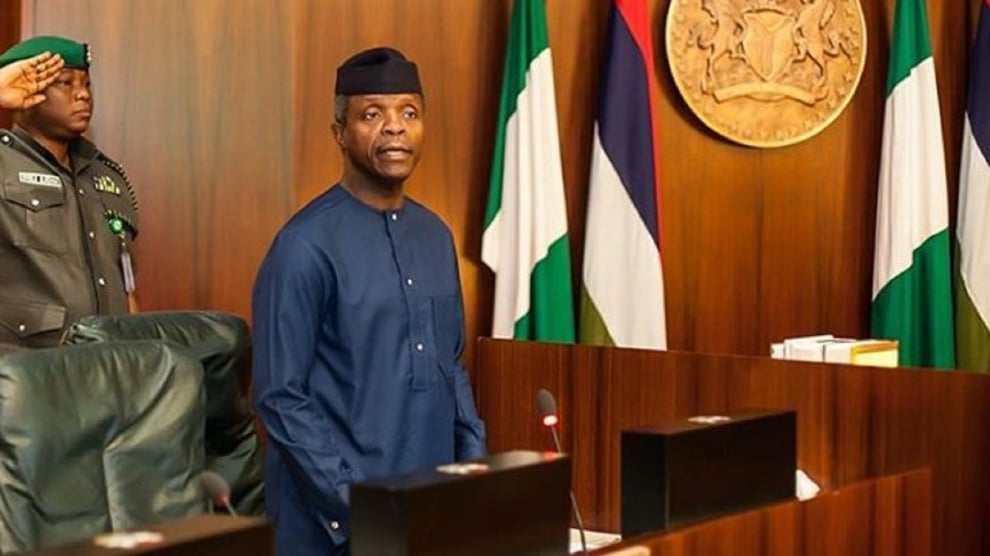 Vice President, Professor Yemi Osinbajo says there is a need to review Nigeria's constitution to accommodate traditional authorities given their indispensable role in securing lives from the grassroots.

He said the traditional institution found in Northern Nigeria years back has played a key role in dispute resolution and dowsing tension in their areas, thus ensuring the security of lives and properties.

The Vice President who said this in Kano at the 8th special lecture organized by the Sardauna Memorial Foundation themed: 'Reviving the Northern Traditional Institutions: Imperatives for Peace and Security in the North' held at Coronation Hall, Government House on Tuesday, added that there is an urgent need to collaborate with the royal fathers to address once and for all, the menace of insecurity in the region.

"The Emirate system in Northern Nigeria is a well-structured institution which was the handwork and legacy of Sardauna of Sokoto.

The traditional institutions were enjoying the confidence of the people and were held in the highest esteem because they were responsible for the yearnings of their people," he said.

The Vice President also noted that the Federal Government is aware of the trauma people of the North are currently undergoing, adding that Government is working tirelessly towards apprehending those involved and making them face the full wrath of the law.

This utterance, however, might come as a relief to many, especially those in Zamfara State who have countless times accused security agencies of allowing criminals to roam free after an arrest. The security agencies have neither confirmed, denied nor defend their actions.

At the event, Professor Osinbajo also described the late Sardauna of Sokoto as an exceptional icon that united the North and brought prosperity to its people.

He said his leadership qualities would remain indelible in the political lexicon of the nation.

Speaking earlier, Chairman, Board of Trustees of the Sardauna Memorial Foundation, and former Niger State Governor, Mu'azu Babangida Aliyu said the many security challenges facing the North have almost become intractable, adding that unless there is a deliberate action to address the issue, the North will continue to bleed.

This is the first time that the event is being held in Kano, though it is the eighth edition.