Traffic Woes Continue In Istanbul As More Vehicles Are Bought 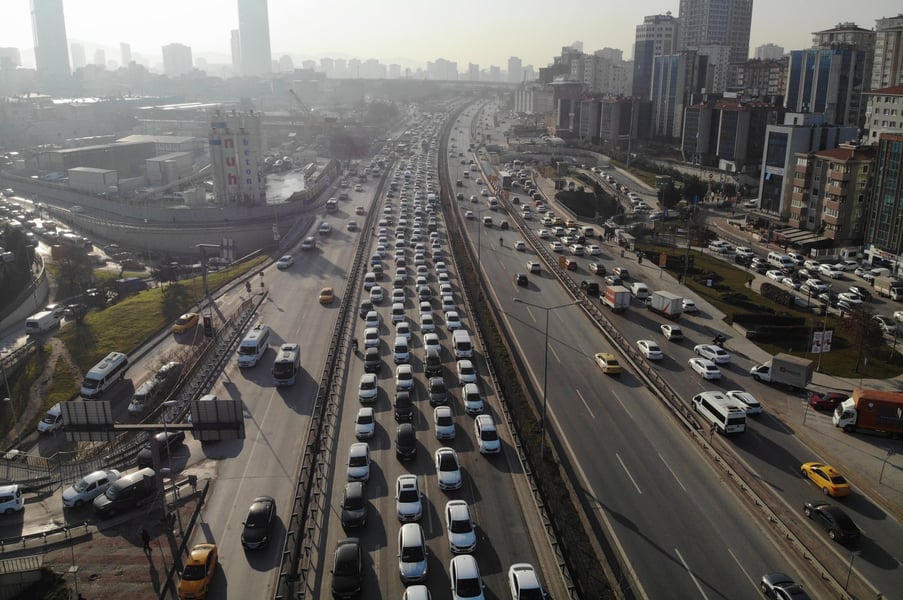 Istanbul’s traffic woes persist as more vehicles are bought and registered in the city.

This is heightening the risk of serious pollution and worsening traffic snarls.

According to figures by the Turkish Statistical Institute (TurkStat), it claimed, in one year, 247,415 new vehicles were registered in the city.

Now, there are more than 4.6 million vehicles of all types in the city, corresponding to about one-fourth of the population of over 15 million people.

Experts warn the increasing number of vehicles will have an impact on public health and that traffic could soon become unbearable.

The Daily Sabah reports Professor Mustafa Ilıcalı, an expert on transportation systems from Istanbul Ticaret University saying if the surge continues, travelling times in the city will reach an unbearable level.