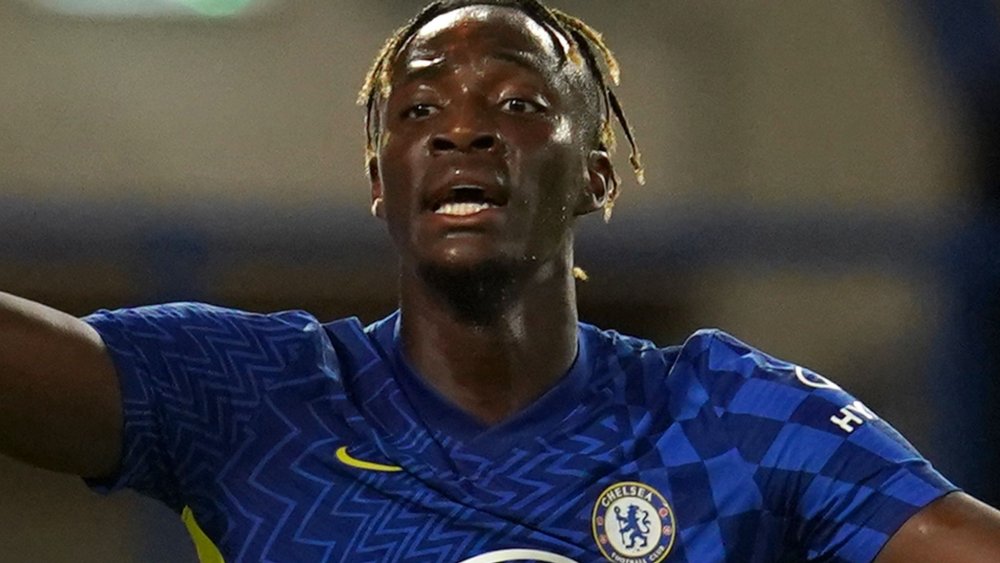 Italian club, AS Roma have agreed a £34m deal to sign Tammy Abraham from Chelsea, according to Sky Sports on Tuesday.

The 23-year-old England international -- whose father hails from Nigeria -- must now decide if he wants to join the Serie A club. Two-time Chelsea manager Jose Mourinho, is Roma's boss.

Fellow Serie A side Atalanta and Arsenal are also interested in Abraham, but reports say Chelsea's preference is to sell him abroad, making chances of a move to their London rivals slim.

Abraham fell out of favour at Chelsea midway through the 2020-21 season as Thomas Tuchel replaced Frank Lampard as head coach and was left out of the squad for May's UEFA Champions League (UCL) final, despite being fully fit. He won a medal though.

The imminent arrival of Romelu Lukaku from Inter Milan is set to push Abraham further down the pecking order and all but end the possibility of him staying at the Bridge.

Despite his limited game-time during the second half of last season, Abraham still ended the campaign as Chelsea's joint-top scorer -- with 12 goals.

He has featured in each of Chelsea's three pre-season friendlies and could be involved as they take on Villarreal in the UEFA Super Cup final on Wednesday.

Mourinho was in charge at Stamford Bridge as Abraham was coming through the Chelsea academy, but the forward didn't make his first senior appearance for the Blues until after the Portuguese tactician had left the club.

Abraham's form for Chelsea under Lampard saw him feature for England in Euro 2020 qualifying and in their most recent UEFA Nations League campaign. But a lack of playing time under Tuchel meant he didn't make the England squad for the last Euros.