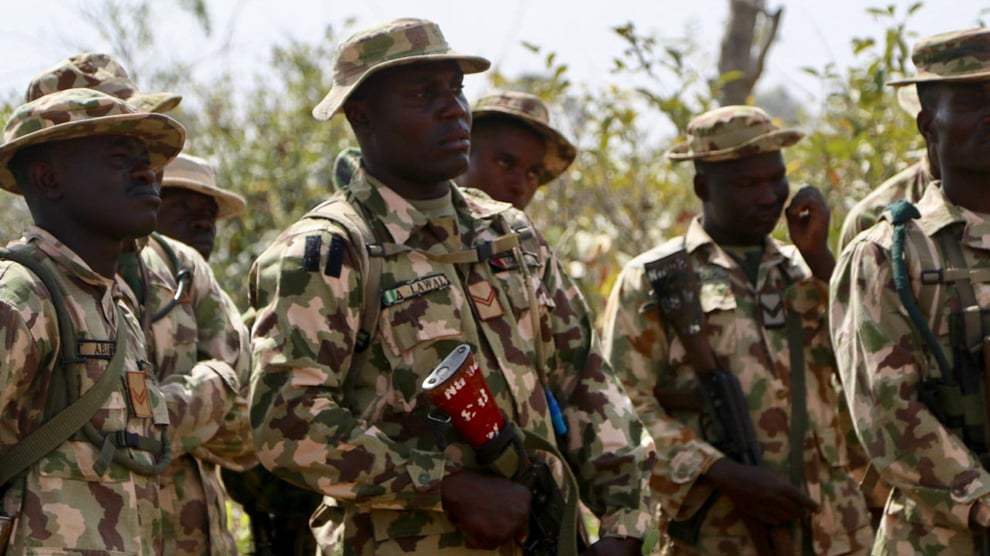 Soldiers in conjunction with operatives of other security agencies have raided a kidnappers' hideout in Akwa Ibom State, killing a notorious kingpin, Otobong Moses.

This was disclosed by the Assistant Director, Army Public Relations, 2 Brigade Nigerian Army, Capt. Samuel Akari, to newsmen after the raid in Obon Ebot, in Etim Ekpo Council in Akwa Ibom.

Akari said the troops arrested three accomplices and rescued two kidnapped victims during the operation. He disclosed that items recovered from the raid include one sub-machine gun and magazine, 67 rounds of 9mm ammunition, two motorcycles, 16 mobile phones, one AK 47 rifle magazine with 30 rounds of 7.62mm special ammunition, and nine machetes.

He said: “The raid operation was as a result of sustained surveillance on the activities of the notorious kingpin and his syndicate.

“The gallant troops rescued the kidnapped victims and arrested two collaborators of the criminal kingpin while the shrine, hideout, and assorted charms were set ablaze.”

He appealed to residents of the community to return to their homes and continue their businesses, as security agencies would be on surveillance to ensure peace in the community.