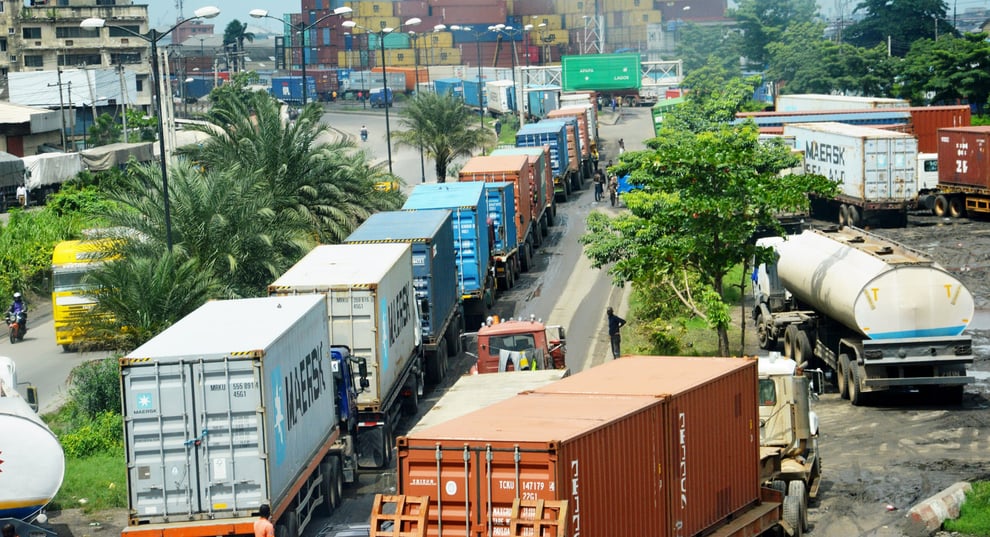 President of the Council of Maritime Transport Union Associations (COMTUA), Yinka Aroyewun has called for the review of the operations of the electronic call-up system for trucks in the Lagos seaports.

Aroyewun made the call in a statement in Lagos on Sunday at a joint meeting of the association’s Board of Trustees (BoT) and the Executive Member These range from a change in the goal pole in the middle of the day, policy somersault, and others.

”Stakeholders were not involved in the policy formulation while the dispenser of the system did not have detailed knowledge of the port environment.

“The call-ups system is a medium for extortion as a result of a compromise between the Nigerian Ports Authority (NPA) and the current dispenser of the service which is the Truck Transit Parks (TTP).

“They are more interested in the revenue generation than solving the problems we are facing, no implementation of policy.

“They will just sit down in their office, charge and book vehicles whereas, they are not concerned about the destination of these vehicles.

“If a vehicle is booked to return empty containers to the port, they get to the terminal and are told there was no space to receive these containers, the container remains on our trucks for days and they are still charging demurrage.

“As a matter of fact the e-call-up system has not been able to solve the problems rather it is a major means of extortion,” he further alleged."

He said the council also approved a reviewed Memorandum of Understanding (MoU) for member associations.

He disclosed that to ensure a more truck owner-friendly operation of the electronic call-up system, and put a stop to the seizure of their trucks, the association had engaged the services of a foremost lawyer, Ebun Onagoruwa.

He also alleged that security agencies often impound trucks for little or no offence only for the purpose of extortion.

“The collection by NPA for electronic call up is illegal, it can not be substantiated. Many of our trucks are arrested indiscriminately over flimsy excuses, we will no longer take the extortion and oppression of our members lightly,” he said.

A set of stickers and identification cards were unveiled for trucks and truck drivers at the meeting.

Aroyewun said that the measure was to facilitate easy identification of trucks owned by members of COMTUA.

He said that the reviewed document was to take care of issues that came up at the COMTUA Convention which was held in November in Ikeja.

The COMTUA President noted that the new MoU was from an existing MoU, adding that there was an MOU and by virtue of the convention, some amendments were made.

The COMTUA President also reiterated that, while it was good to embrace other modes of transporting goods from the ports, there was no alternative to trucking.

“As a matter of fact, build any jetty anywhere, build any holding bay anywhere, use any barge or use any vessel, there is no way the goods will get to the warehouse without the trucks,” he said.