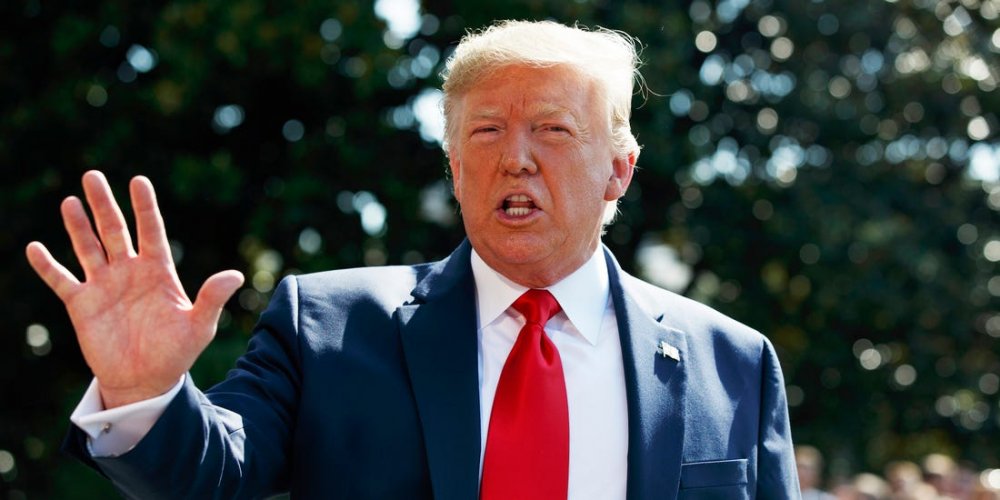 US President Donald Trump on Thursday floated an unprecedented delay to the 2020 election — which polls show him losing — but the suggestion drew cross-party fire and has virtually no chance of being accepted.

Trump, who faces Democrat Joe Biden on November 3, has no constitutional authority to change the date, which is set by law.

His mere airing of the idea, however, broke with presidential custom, adding to tension in a country ravaged by fallout from the coronavirus pandemic and set on edge by bitterly partisan politics.

Trump’s rationale was his claim, not backed by evidence, that large-scale use of mail-in voting as a way to protect voters during the pandemic will lead to mass fraud.

Mail-in voting will make it “the most INACCURATE & FRAUDULENT Election in history. It will be a great embarrassment to the USA,” he said in a tweet.

“Delay the Election until people can properly, securely and safely vote???” Trump asked.

The tweet came minutes after second quarter data showed a 32.9 percent annualized collapse in the economy compared to the first quarter, and down 9.5 percent compared to the same April-June period last year.

Economic pain and mass unemployment is a big reason why Trump finds himself staring down the barrel of defeat in less than 100 days.

Polls show him trailing Biden heavily, including in several must-win swing states, and being relegated to a rare one-term presidency.

“Trump’s threat is nothing more than a desperate attempt to distract from today’s devastating economic numbers that make it clear his failed response to the coronavirus has tanked the US economy,” the Democratic National Committee said in a statement.

“Trump can tweet all he wants, but the reality is that he can’t delay the election, and come November, voters will hold him accountable.”

Presidential elections are scheduled by law to take place on the first Tuesday after November 1, which this year is the 3rd.

The United States has never allowed a delay, holding elections even during the Civil War, and only Congress could change the timing.

With Democrats ruling the House of Representatives and Trump’s Republicans in the Senate swiftly voicing opposition, the idea will not get far.

READ ALSO: 'Nobody Likes Me, It Can Only Be My Personality' - Trump

“Never in the history of the country, through wars, depressions and the Civil War, have we ever not had a federally scheduled election on time, and we’ll find a way to do that again this November 3,” the Republican leader of the Senate, Mitch McConnell, told WNKY television.

Asked for a reaction, Republican Senator Marco Rubio, a Trump ally, said: “I wish he hadn’t said that.”

“We’re going to have an election, it’s going to be legitimate,” he said.

The pandemic is still out of control across swaths of the United States, most lately hitting Republican-led states like Florida and Texas.

Given the virus’ threat, there are widespread doubts over how many people will come out to vote and whether sufficient volunteers can be found to staff the polling stations.

In addition, major sporting events have been canceled or curtailed and there are serious doubts across much of the country over whether schools and universities will reopen for in-person classes in September.

Trump himself has previously insisted that he sees no problem in going ahead with the election.

But as the general election date approaches, Trump has angrily resisted Democratic-led attempts to increase mail-in voting as a way to protect Americans from potential exposure to the COVID-19 virus in polling stations.

There is no evidence of meaningful fraud in US elections, including with use of mail-in ballots, which are already common in some states.

Trump’s opponents are instead calling for more effort to improve the complicated logistics and they accuse the president of trying to suppress turnout.

Trump, a real estate magnate who came to power with a surprise win over Democrat Hillary Clinton in 2016, has spent much of his first term challenging the norms of the White House and he is the first president to seek reelection after having been impeached.

Democrats have grown increasingly suspicious of Trump’s intentions as polls point to his defeat.

In April, Biden accused Trump of trying to “kick back the election somehow, come up with some rationale why it can’t be held.”

Catching the mood of Trump opponents ahead of the election, former president Barack Obama said Thursday at the funeral of civil rights hero John Lewis that few elections have been “as urgent on so many levels.”

“Just everybody’s got to come out and vote,” he said in a fiery eulogy.

'Nobody Likes Me, It Can Only Be My Personality' - Trump