Trump To Spend Next Few Days In Military Hospital 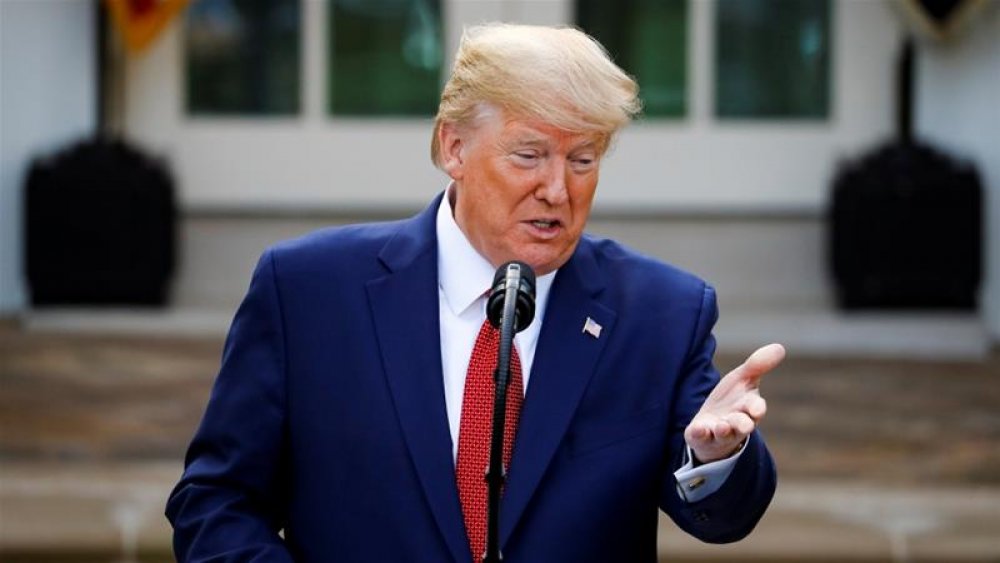 US President Donald Trump will spend the coming days in a military hospital just outside Washington to undergo treatment for Covid-19 after he received an experimental and unproven treatment, White House officials said Friday.

The announcements raised concern about the severity of the president’s illness after his chief of staff had earlier told reporters that Trump had only mild symptoms.

“At the recommendation of his physician and medical experts, the president will be working from the presidential offices at Walter Reed for the next few days,” press secretary Kayleigh McEnany said.

While still at the White House, Trump, 74, received a single dose of Regeneron’s antibody cocktail, according to a letter issued by White House physician Sean Conley.

The treatment is undergoing clinical trials but hasn’t yet received any form of regulatory approval.

“He’s being evaluated by a team of experts, and together we’ll be making recommendations to the president and first lady in regards to next best steps,” Conley said.

READ MORE: Nigerian-Trained Doctor Asks Trump Why He Did Not Use Chloroquine To Prevent COVID-19

Trump — who has repeatedly cast doubt on the seriousness of the pandemic — first announced in an overnight tweet that he and First Lady Melania Trump, 50, had tested positive and were going into quarantine.

The decision by Trump’s medical team to place him on the unproven medicine was met with deep skepticism by some experts.

“We shouldn’t be giving the president this medication until it’s been proven to work,” tweeted emergency medicine physician Jeremy Faust, an instructor at Brigham and Women’s Hospital in Boston.

“It is bad science, bad medicine and bad ethics to give unproven things to powerful people that you don’t give to average people,” added Vinay Prasad, an associate professor of Medicine at the University of California San Francisco.

But Leonard Schleifer, Regeneron’s CEO, told the New York Times: “All we can say is that they asked to be able to use it, and we were happy to oblige.”

He added that the president was not the first patient to be granted a so-called “compassionate use” exemption but “when it’s the president of the United States, of course, that gets — obviously — gets our attention.”

Earlier this week, Regeneron announced results from one of its early-stage trials which showed its drug, which is infused intravenously, reduced viral load and recovery time in non-hospitalized Covid-19 patients.

The US biotech firm is concurrently running late-stage trials for hospitalized Covid-19 patients and for the drug’s potential use as a prophylactic.

Antibodies are infection-fighting proteins made by the immune system that can bind to particular structures on the surfaces of pathogens and prevent them from invading cells.

Vaccines work by teaching the body to make its own antibodies, while scientists are also testing ready-made antibodies from the blood of recovered patients, called convalescent plasma.

But it is not possible to make convalescent plasma a mass treatment.

Researchers can also comb through the antibodies produced by recovered patients and select the most effective out of thousands, and then manufacture them at scale.

Regeneron’s experimental Covid-19 drug, called REGN-COV2, is a combination of two antibodies, referred to as a “cocktail.”

The idea is that it will have a better chance at working if the virus mutates in order to evade the blocking action of a single antibody.

Last year, a triple-antibody cocktail developed by Regeneron was shown to be effective against the Ebola virus.