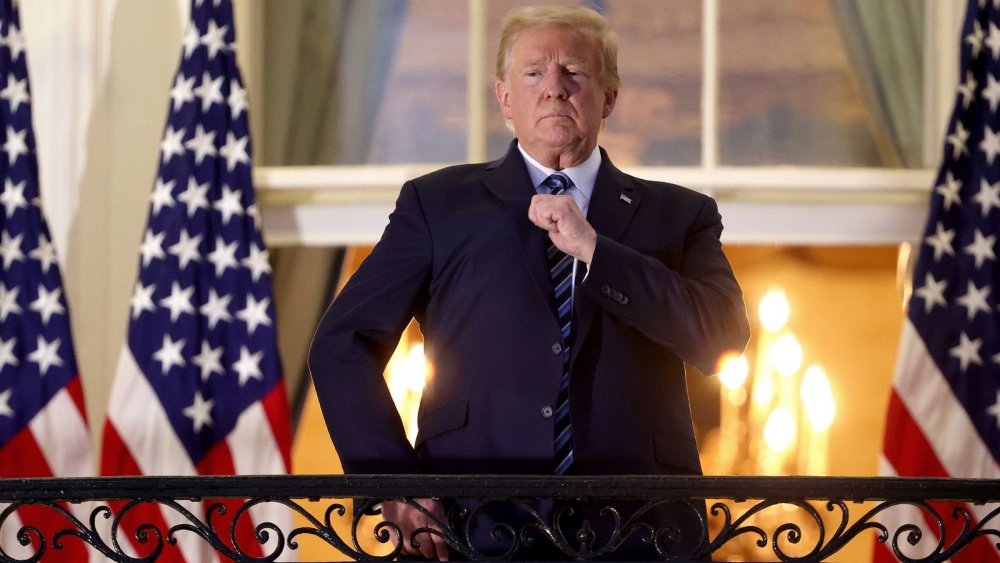 US President Donald Trump on Saturday conducted his first in-person event since testing positive for the coronavirus, proclaiming that he is “feeling great”, as he seeks to reboot his embattled re-election bid, urging voters to "vote these people into oblivion".

“We got to vote these people into oblivion,” Trump said addressing hundreds of supporters from the White House balcony.

“We’re starting very, very big with our rallies, and with our everything, because we cannot allow our country to become a socialist nation,” he added.

Trump’s public engagement comes after the White House doctor on Thursday gave the president green light to emerge from coronavirus isolation this weekend, after he tested positive 10 days ago.

Later on Saturday Trump’s doctor, Sean Conley said the president “is no longer considered a transmission risk to others.”

However, Conley did not say if Trump has received a negative coronavirus test result, raising concerns that the doctor’s short memo on Saturday may not accurately portray the president’s health situation.

According to U.S. health agencies’ guidelines, people, who contract the coronavirus can remain contagious for at least 10 days after the onset of symptoms, though this can last even longer for more severe cases.

There appeared to be no social distancing in place among the hundreds of Trump supporters at the White House – part of an organisation of conservative black and Latino voters – although many supporters wore masks.

Trump emerged from the White House wearing a mask that he quickly removed before speaking for roughly 20 minutes.

He repeated his claim that the virus, which has killed more than 210,000 Americans, is “disappearing” and touted himself as the best president for the black community “since Abraham Lincoln”.

The president, who is trailing Democratic candidate Joe Biden by a significant margin in the polls, has eagerly sought to return to in-person campaigning after his illness sent him to the hospital for days.

Saturday’s event functioned as a campaign rally, although it was scheduled as part of Trump’s presidential duties.

On Monday the president will conduct his first official rally in Florida.

Trump’s insistence on in-person events contradicts his own public health experts, who say avoiding large groups along with social-distancing and mask-wearing are essential to battle the pandemic.

The White House has already faced criticism for hosting large events where mask-wearing is largely dispensed with and that appears to have spread the virus.

The top U.S. infectious disease expert, Anthony Fauci, said on Friday that a gathering in the White House Rose Garden on Sept. 26 was a “super-spreader event” after numerous people who attended were infected, including Trump.

Trump’s first campaign rally during the pandemic in June is also believed to have contributed to a coronavirus spike in Tulsa, Oklahoma, according to local officials.

Trump Says He May Leave US If He Loses Election