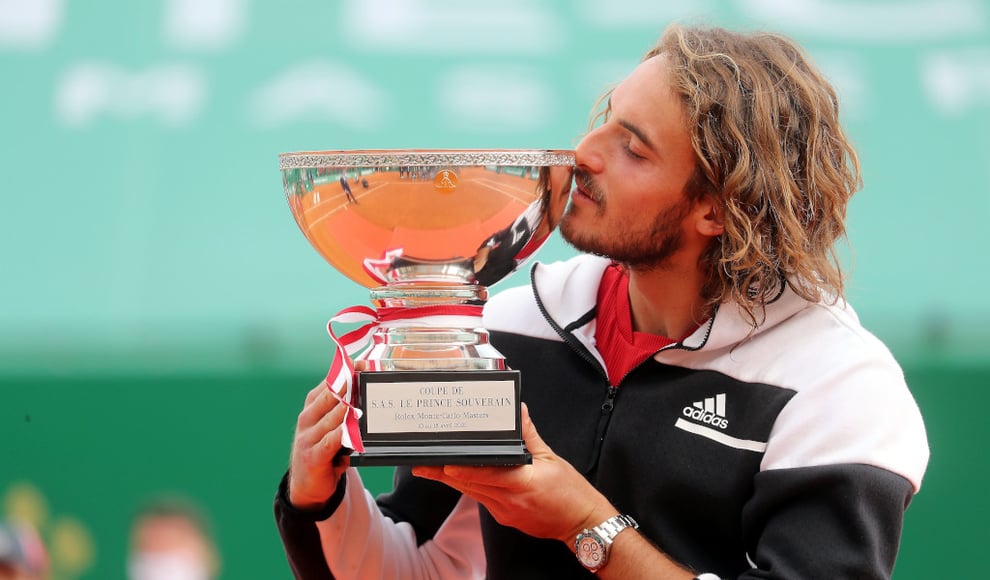 Third seed Tsitsipas hammered 21 winners and made only 11 unforced errors in the Monaco sunshine to win in an hour and 36 minutes.

It was the 23-year-old Greek's eighth ATP title and first in 11 months as he made the perfect start to the clay-court season.

"Not in a million years would I have thought I would be in the situation I'm in today," Tsitsipas said.

"I'm very proud of the amount of belief I had in my game.

"He fought in moments I didn't really expect him to fight and hit some incredible winners. I believe that's a great result against him."

Tsitsipas, who beat Andrey Rublev in the Monte Carlo final 12 months ago, has now won four clay tournaments in his career.

He is gearing up for another tilt at the French Open title after losing last year's final at Roland Garros to Novak Djokovic despite leading by two sets.

Davidovich Fokina had knocked out world No 1 Djokovic earlier this week but could not repeat those heroics in his first ATP final, losing for the third time in as many meetings with Tsitsipas.

"I always thought about being in the final here one day... I hope to be here again next year," said Davidovich Fokina, who also reached the quarterfinals last year before retiring injured after one set against Tsitsipas.

The world number 46 struck first on Sunday, breaking in the third game, but Tsitsipas hit straight back with a magnificent forehand up the line to level the first set at 2-2.

The set remained on serve until game eight when Tsitsipas broke as Davidovich Fokina fired a backhand into the tramlines.

The Greek star wrapped up the opener with a hold to love, capped off by an ace.