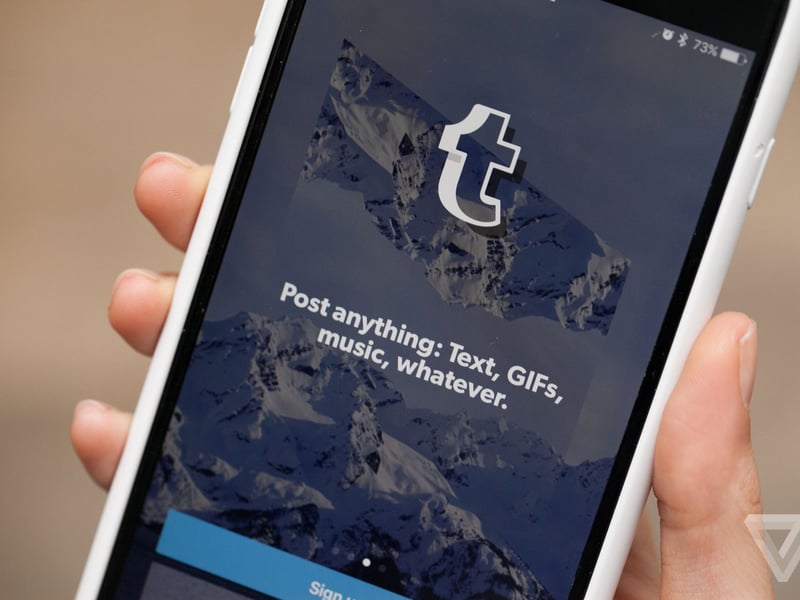 For the fear of being kicked out of Apple’s App Store again, Tumblr has banned its users from certain tags or search terms that "may fall under the expanded definition of sensitive content."

The social network, Tumblr said that it will completely block some of them based on this pretty lengthy list of banned and limited terms collected by Tumblr users.

The social network said these changes only apply to its iOS app and that they won't affect anyone browsing Tumblr on the web or on Android.

Some of these specific banned words in the list are self-explanatory and have some unusual entries, such as "Eugene Levy" and "Tony the Tiger."

Tumblr explained that the ban will also make it harder to search for content related to mental health, such as PTSD, depression and anxiety, as well as issues like racism and transphobia.

When a user searches for a blocked tag, a screen that says "This content has been hidden" will appear instead of a page with results

Those searching for a blocked tag will get a screen that says "This content has been hidden" instead of a page with results. The notification will appear when they try to access a blog that's been flagged as "explicit" on the app. Users may also see fewer suggestions under the "stuff for you" and "following" sections due to the new restrictions.

In 2018, Tumblr prohibited adult content after Apple pulled its app from iTunes in response to finding child exploitation photos on the website.