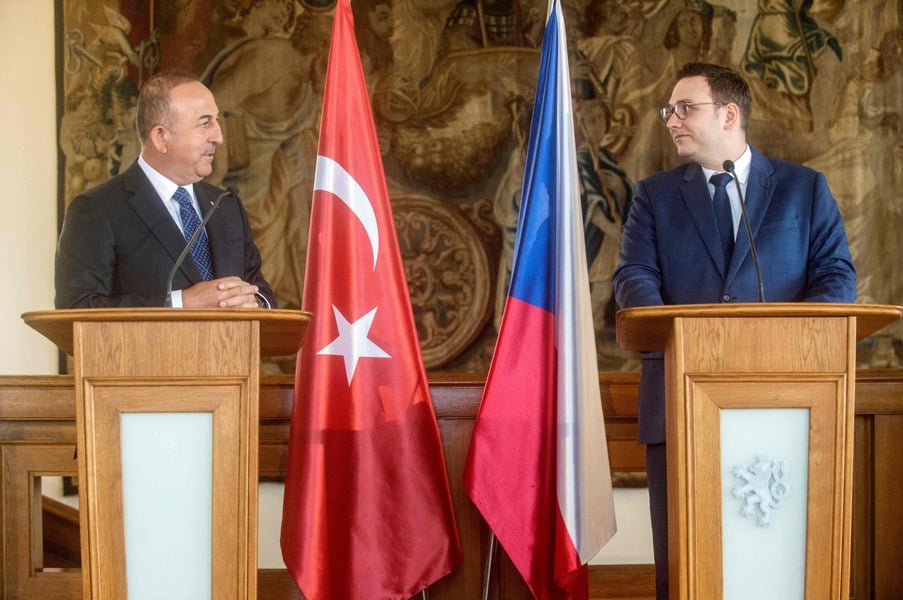 Turkey is ready to host a four-way meeting including representatives from the United Nations, Russia, Ukraine and Turkey itself.

While speaking at a joint news conference with top Czech diplomat Jan Lipavsky, Çavuşoğlu commented on the countries’ bilateral relations as well as the ongoing Ukraine war.

The Turkish foreign minister and his Czech counterpart discussed revitalising peace talks between Russia and Ukraine and lifting obstacles to grain exports.

Çavuşoğlu said; "We told (Lipavsky) that the U.N. plan is the best, most righteous plan, and said that the details should be negotiated between the sides and also that Turkey is ready to host a four-way meeting."

Çavuşoğlu added that eliminating elements casting dark clouds over grain exports carries critical importance, especially for less-developed countries, and that Turkey had told its position to Russia and is awaiting a reply.

"So we want the concerns of all allies to be taken into consideration. These two countries' support for terrorism is evident. We have conveyed our expectations and concerns to both sides in written form, and now await for replies."

But Turkey, a longstanding member of the alliance, has voiced objections to the membership bids, criticising the countries for tolerating and supporting terrorist groups.