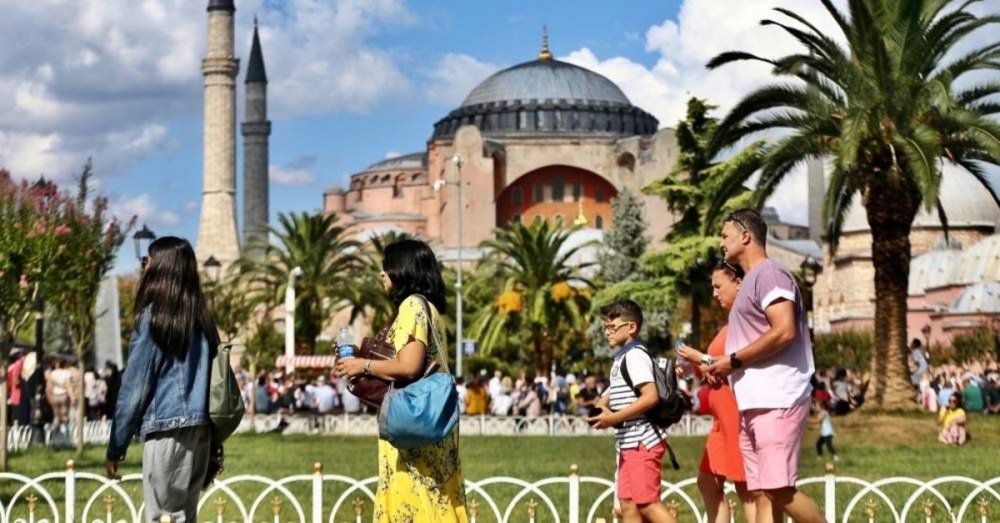 Turkey’s tourism revenue fell by 40.2 percent in the first quarter compared to a year ago, the country’s statistical authority said on Friday.

The sector saw 2.5 billion dollars of earnings in the first quarter, the Turkish Statistical Institute said. The data showed that spending on package tours decreased by 71 percent as compared with that of the previous year.

Turkey gained only 155 million dollars from tour services, while the average overnight expense per foreign visitor came in at 64 dollars.

There was a decrease in the number of tourists by 53.9 percent year-on-year to 2.6 million in the same period. In 2019, Turkey’s tourism revenues hit a record high of 34.5 billion dollars with more than 45 million foreign visitors.

This year Turkey aimed to boost its tourist industry with the help of an ongoing mass vaccination campaign, which started in mid-January.

However, rising COVID-19 cases and related deaths during the past few months have hindered the country’s recovery.

The Turkish government had to impose its strictest-ever lockdown to restrain the pandemic between April 29 and May 17, jeopardising reservations for the upcoming summer season.