Turkey: Suspect Confesses To Arson In Connection To Wildfire 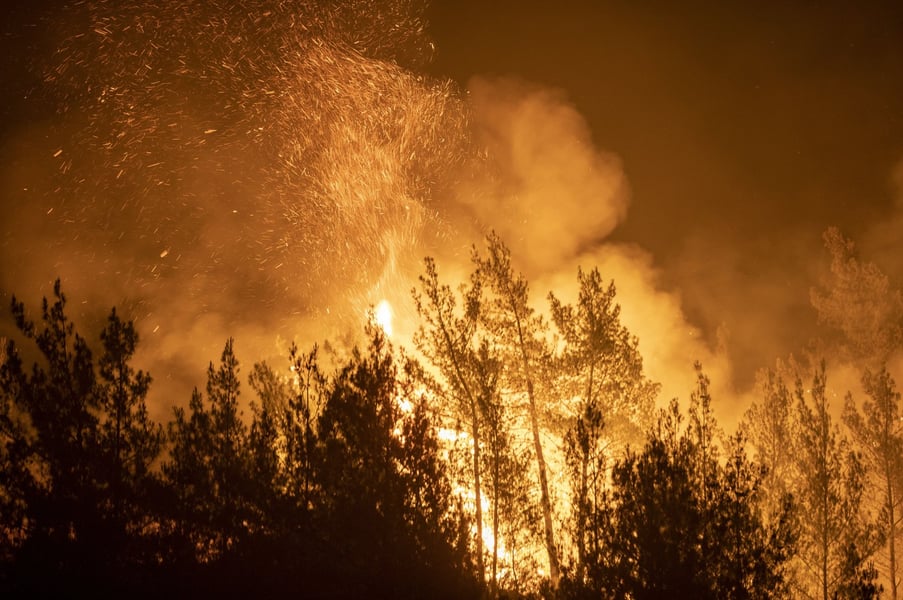 Turkish Interior Minister Süleyman Soylu said late Thursday that a suspect in connection with wildfire confessed to starting the blaze the firefighters are still battling in southwestern Turkey.

Soylu said one suspect had been detained in connection with the fire, which started on Tuesday, adding the person had admitted to burning down the forest out of frustration due to family issues.

"We have had a suspect since this incident started.

"Police and the gendarmerie caught this person a short while ago.

"There were also two oil barrels at the scene. He also confessed."

Soylu said the suspect had set fire to the forest while intoxicated due to a commercial disagreement with his family.

On Thursday, 45 helicopters and 12 planes were tackling the fire and dropping water on the flames after pausing overnight.

It was reported by the Daily Sabah that 274 people were evacuated as a precaution and that some 2,600 people were working to contain the fire.