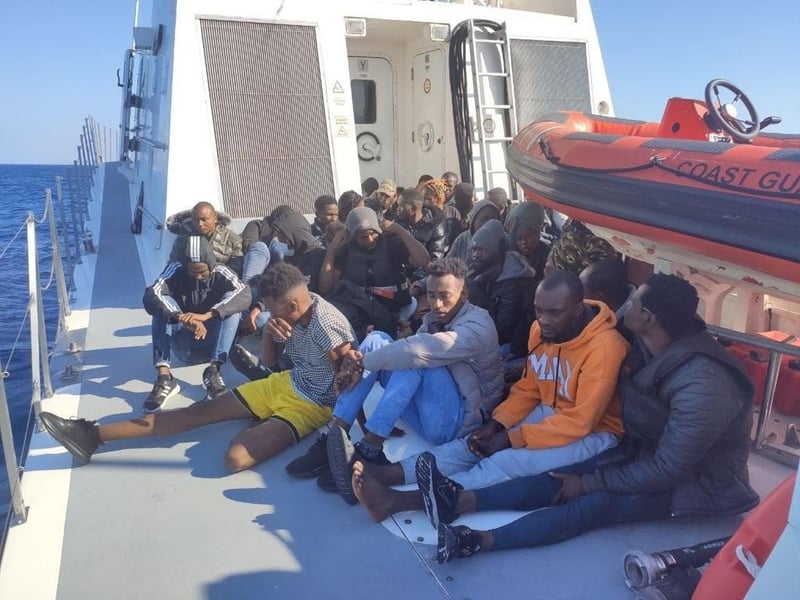 The Turkish Coast Guard Command on Monday said they have rescued 33,964 irregular migrants in 1,295 pushback incidents carried out by the Greek coast guard since 2020.

The coastguard also called out Greece and the European Union to act by international law and human rights to end the pushbacks.

In a statement by Staff Sgt. Hasan Baş, it was underlined that the Turkish Coast Guard Command constantly inspects all transit routes to prevent irregular migrants.

"We call on the European Union and Greek authorities, which disregard human rights, to act in accordance with international law and human rights in order to end the pushbacks resulting in deaths and torture, to prevent more irregular migrants from losing their lives and to end this persecution that is being widely watched.

"In particular, we are on duty 24 hours a day, 7 days a week, by sea, land and air, so that irregular migrants, who were pushed back into Turkish territorial waters by the Greek coast guard, do not lose their lives."

"The stories of the irregular migrants cause the whole world to think again and again on behalf of humanity and even to feel ashamed for humanity.

"Many migrants, were beaten, handcuffed, had their valuables taken, their boat engines taken, their petrol hoses cut and even their hands handcuffed, and thrown into the sea without caring for women or children, are brought back to life with the successful search and rescue operations organized by our command," it said.

The statement underlined that Turkey has fulfilled all the responsibilities imposed on it by the agreement reached on March 18, 2016, with the European Union on reducing the irregular crossings between Turkey and the EU sustainably.