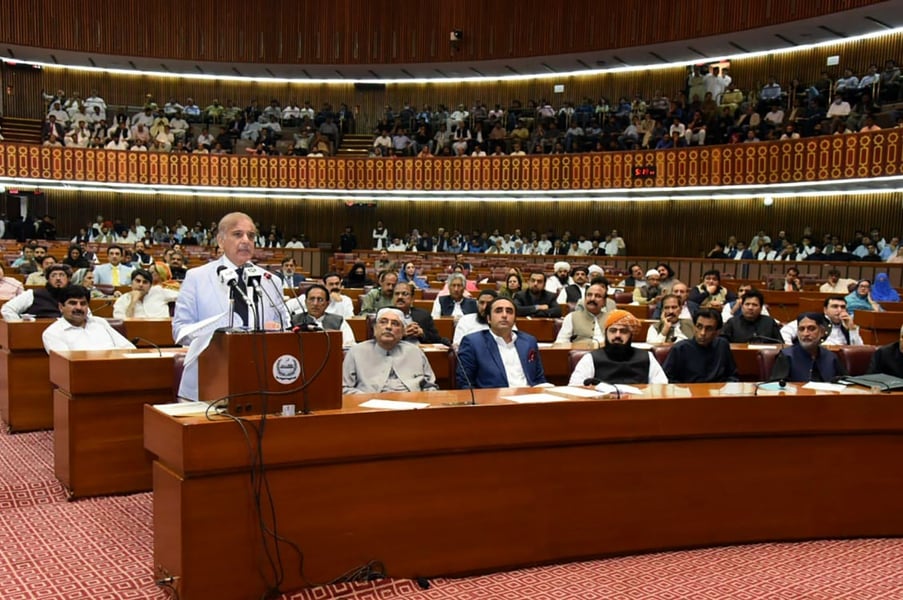 President Recep Tayyip Erdoğan congratulated Shahbaz Sharif after he was sworn in as Pakistan’s new prime minister on Monday.

Pakistan’s Parliament elected Sharif, who took the oath of office after former Premier Imran Khan was ousted in a no-confidence vote following a week of political turmoil.

In a phone call with Sharif, Erdoğan was reported to have in a statement "wished that the election results will be beneficial for the friendly and brotherly people of Pakistan."

This is according to a statement by the Presidency's Directorate of Communications. The statement added that Erdoğan said they closely follow developments in Pakistan, to which he said Turkey is bound by a deep-rooted history, friendship and brotherhood.

He also noted that Pakistan did not give up on democracy and the rule of law, despite all the difficulties and obstacles. He claimed that Turkey is ready to give all kinds of support to Pakistan as it has done so far.

Saying that Turkey has progressed under the leadership of Erdoğan, Sharif added: “In the Kashmir issue, Turkey has always stood by Pakistan and the people of Kashmir.”

Kashmir is a Muslim-majority Himalayan region and is held by India and Pakistan in parts and claimed by both in full.