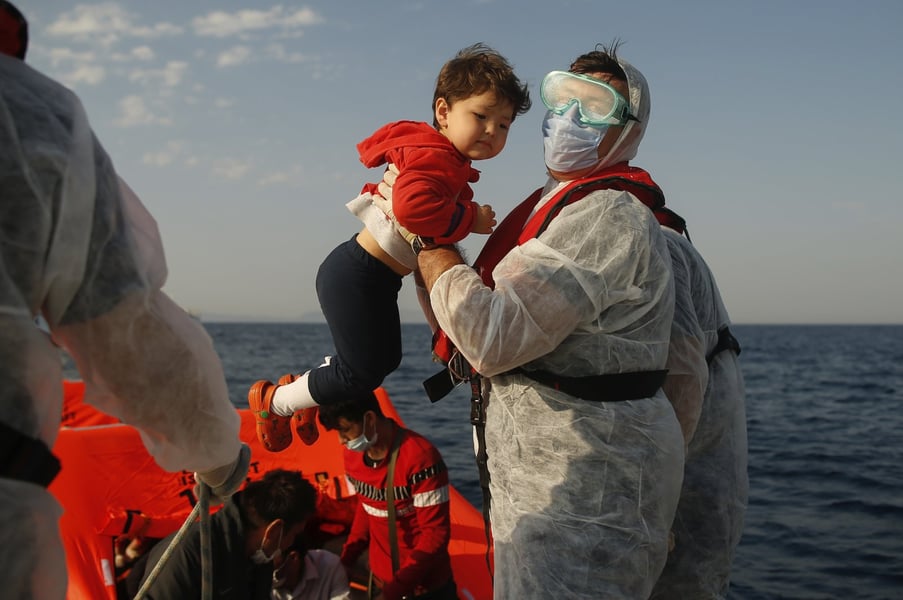 The coast guard also intercepted dozens of others across different provinces.

They were pushed back by Greek forces into Turkish territorial waters, said coast guard sources.

Separately, a total of 67 irregular migrants were also held by Turkish security forces in various provinces of the country.

Another group of 12 people from Morocco who entered the country illegally was held by Turkish security forces in Kofcaz in northwestern Kırklareli province.

In a separate operation, the coast guard units also rescued 19 irregular migrants of various nationalities from an inflatable boat drifting off the coast of Ayvacık in northwestern Çanakkale province.

Over time, Turkey has accused Greece of large-scale pushbacks, deportations and denying migrants access to asylum procedures, saying it violates humanitarian values and international law by endangering the lives of vulnerable migrants, including women and children.