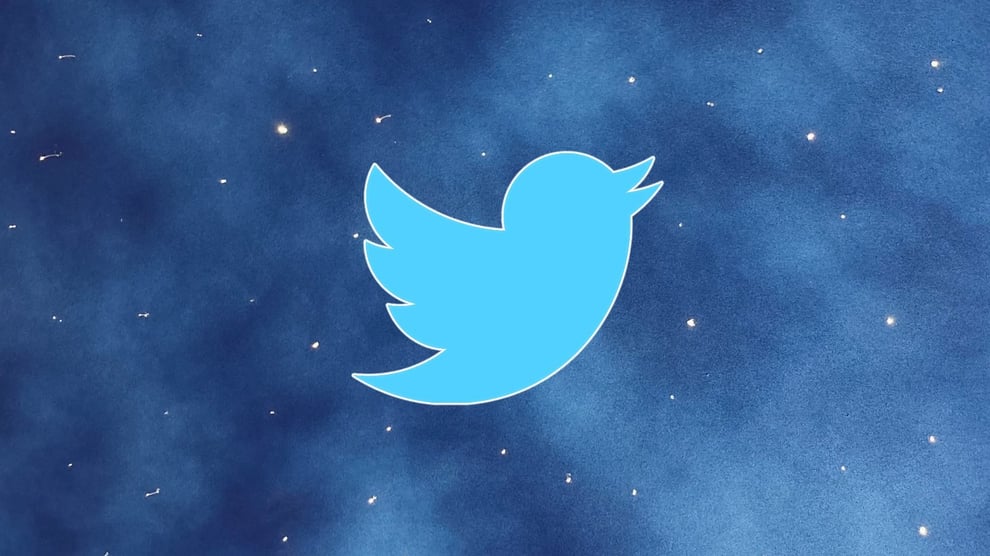 Twitter has sued the world's richest man Elon Musk to compel him to buy the social media company for $44 billion – a deal Musk said last week he was calling off.

Musk is charged with hypocrisy and bad faith for allegedly breaking his contract with Twitter in the case, which was submitted on Tuesday to Delaware's Court of Chancery.

According to the report, Musk tried to cancel the acquisition using pretexts such as a query about the number of phoney and spam accounts on the site, after a market dip made it appear as though he was getting a bad bargain.

However, the lawsuit argues that he was bound by a contractual contract at the time.

The lawsuit puts Twitter and Musk in a high-stakes, costly fight where a once-reluctant seller will attempt to coerce a now-reluctant bidder.

"Musk refuses to honour his obligations to Twitter and its stockholders because the deal he signed no longer serves his interests," Twitter's lawyers allege in the suit.

"Musk believes that he — unlike every other party subject to Delaware contract law — is free to change his mind, trash the company, disrupt its operations, destroy stockholder value, and walk away."

Following the filing of the lawsuit, Musk tweeted, "Oh the irony lol."

Unlike a typical legal document, Twitter's complaint against Musk has more images to establish that Musk behaved in bad faith, the plaintiff included numerous screenshots of his tweets (mainly acquisition-related memes) across the document's sixty-two pages.

They added the faeces emoji that Musk tweeted at Twitter CEO Parag Agrawal when he tried to respond to the businessman's spam questions. 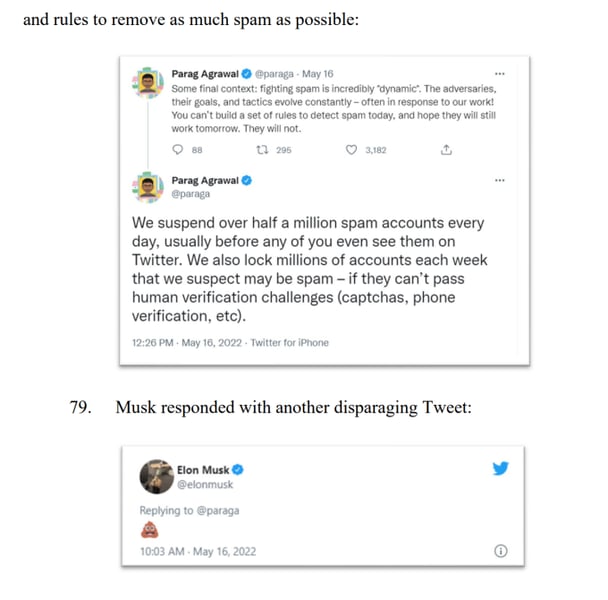 Elon Musk tweets a feces emoji in response to Parag Agrawal, the CEO of Twitter