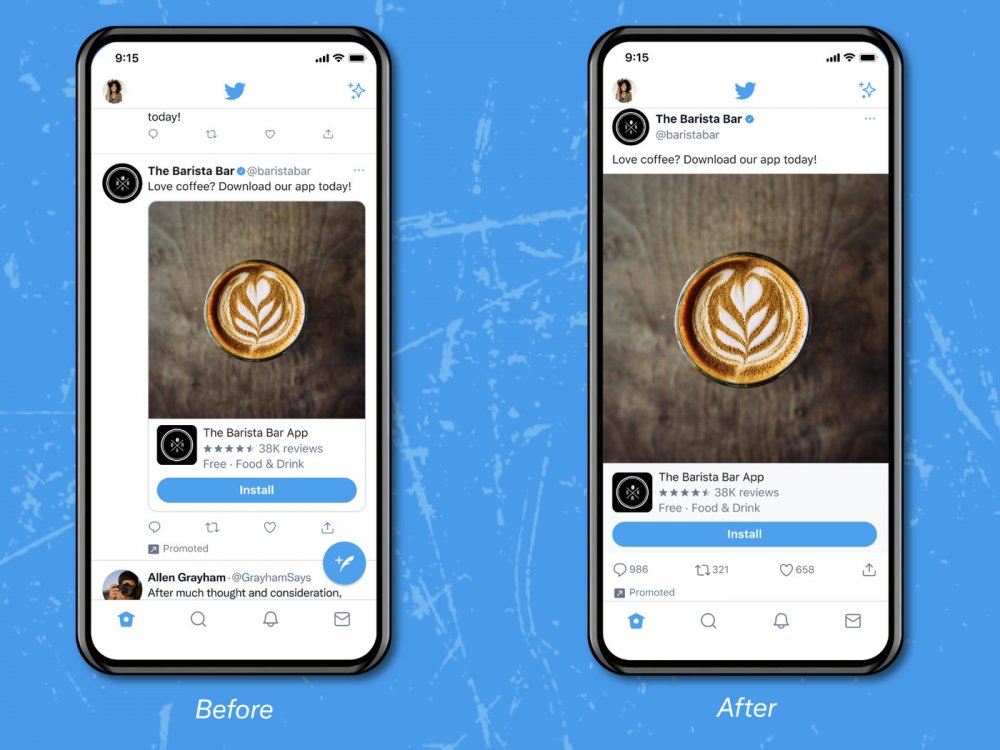 Twitter has announced that it is testing a new feature that allows edge-to-edge media in tweets on iOS, creating a more full-screen and almost Instagram-like experience for the photos and videos in your timeline.

Twitter made the announcement on a support page on Tuesday and disclosed that it is testing the change because it wants to better support conversations that are both visual and text-based.

The new timeline design in Twitter for iOS takes images, videos, and GIFs and stretches them full-width. This change essentially gives Twitter for iOS an edge-to-edge design that removes the margins on the sides.

“Now testing on iOS: Edge to edge Tweets that span the width of the timeline so your photos, GIFs, and videos can have more room to shine.”

This change, if it rolls out beyond a select group of iOS users, also helps Twitter address concerns over image cropping that it’s been dealing with over the last few years. Image cropping algorithms have been informally shown to have a bias toward white faces, something Twitter confirmed earlier this year.

Twitter has attempted to address that problem by eliminating photo cropping, but this design test takes things a step further with an Instagram-style emphasis on visuals. Entire joke formats get lost in the process, but such is the cost of progress.