Two Bandits Killed As Troops Destroy Their Camp In Kaduna 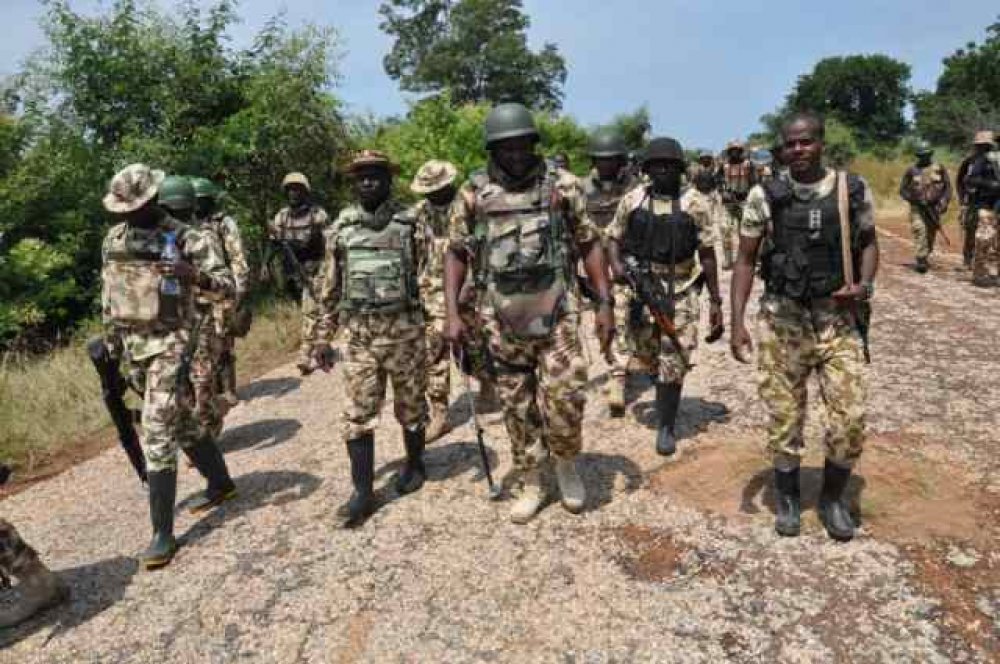 Troops of Operation Thunder Strike (OPTS) and one division of the Nigerian army have destroyed the camp of suspected bandits in the Buruku general area of Chikun LGA in Kaduna State.

Kaduna State Commissioner for Internal Security and Home Affairs, Samuel Aruwan confirmed the development in a statement on Wednesday.

According to the commissioner, two suspected bandits were killed during the clearance operation by the soldiers.

He, however, disclosed that several bandits escaped with life-threatening injuries during the ongoing operations covering five local government areas of Kaduna Central Senatorial District, adding that the troops also conducted a search and rescue mission during the operation.

“Troops under the auspices of Operation Thunder Strike (OPTS) and 1 Division Nigerian Army, have neutralized two bandits in the Buruku general area of Chikun LGA.

“Contact with bandits was made around Buruku village. A firefight ensued, during which two bandits were neutralized. Several bandit camps were also cleared and destroyed during the operation.

“The military disclosed this development in operational feedback to the Kaduna State Government.

“According to the report, the troops conducted search-and-rescue operations around the Buruku forest, precisely in Rima village, Chikun LGA.

Aruwan added that Nasir El-Rufai, governor of Kaduna, “thanked the troops for their consistency and commended them for the successful exercise”.

He added that further military operations will take place in the area.